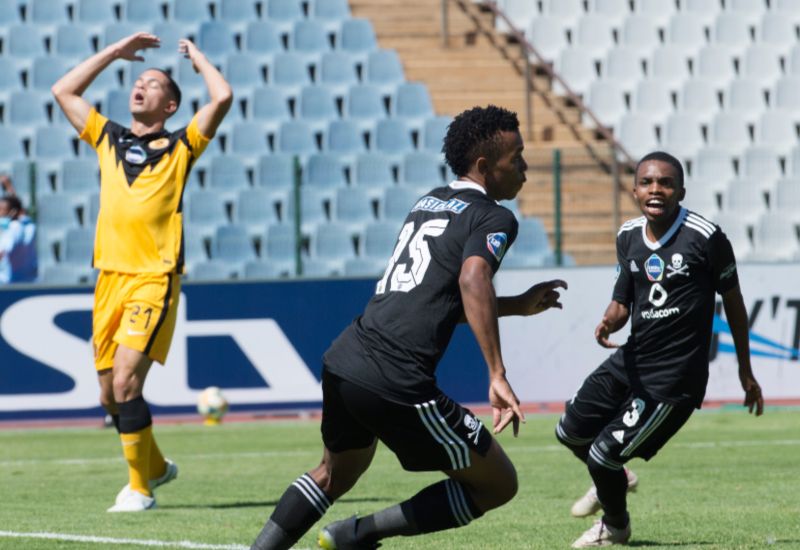 Three points plus bragging rights went the way of the Orlando Pirates Reserves, who kicked off the DStv Diski Challenge Rewired with a 2-0 victory over Soweto rivals Kaizer Chiefs Reserves at Dobsonville Stadium on Saturday.

The majority of players on show on the day had not been involved in competitive football in four months, and that was on display as neither side could find any momentum in the early exchanges.

However, the Bucs Reserves were the less rusty of the two early on, and almost opened the scoring in the fourth minute through Thabiso Monyane, who cut into the box but could not get a shot away.

Much of the action throughout the first half was concentrated in the middle of the park, with neither side getting go-forward ball.

This was until four minutes from the break, when Pirates keeper Elson Sithole was forced to dive low to stop what looked like a goal bound shot from range.

The Buccaneers responded in similar fashion at the other end, as Boitumelo Radiopane unleashed a cannon from outside the box, but his shot was parried away for a corner.

The two rivals went into the break still goalless, before the men in black came out visibly re-energised as they emerged from the tunnel.

It didn't take the Bucs Reserves too long to get their noses ahead, following a brilliant counter, finished off by Radiopane, who benefitted from smart work by Monyane on the right, as he delivered a fine cross to meet the Pirates number 15's head for the opener in the 49th minute.

Instead of sitting back and trying to preserve their lead, the Buccaneers continued to push forward, enjoying more of the territorial advantage in the second half.

Eight minutes from the final whistle, Sithole was called upon, as he came off his line to make a fine stop.

This was before Pirates doubled their lead right on the 90th minute, with Radiopane completing his brace in fine style by getting on the end of a Sizwe Jaca cross and volleying it into the net, leaving the keeper rooted to the spot.

Chiefs could have pulled one back, if not for a fine stop from Sithole, who looked beaten before scurrying back to scoop the ball out from the goal line.

The Bucs Reserves' clinical display, coupled with fine defence, was enough to secure three points, as they began their campaign with victory over their rivals.