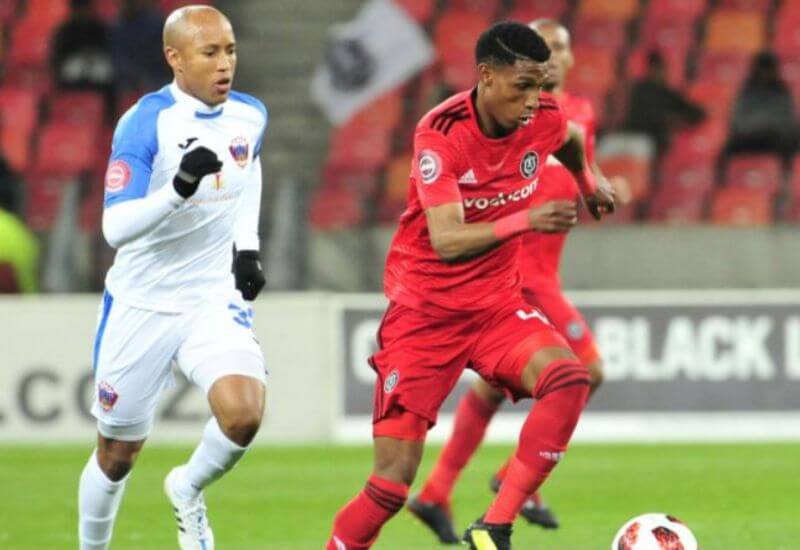 It was tough at times and not so pretty in others but in the game of football, ugly is sometimes beautiful, especially when the game ends in a victory.

This was the story of Orlando Pirates when they secured a hard fought 1-0 victory over Chippa United on Wednesday night.

A breezy Nelson Mandela Bay evening welcomed two sides both looking to register their first victory of the season. The visitors came into the game on the back of a 1-all draw with Highlands Park while hosts, the Chilli Boys, were looking to bounce back from their defeat at the hands of Bloemfontein Celtic four days earlier.

Orlando Pirates took control of the game from the start and dominated possession with both Musa Nyatama and Xola Mlambo pulling the strings in the heart of the midfield.

The visitors went ahead as early as the 16th minute after Justin Shonga’s well struck free kick rebounded off the crossbar only for Modisane to hack the ball into the back of his own net.

The hosts struggled to find a way in behind the Buccaneers defensive line and as a result tried their luck from range, with Boikanyo Komane seeing his shot from way out fly inches over the crossbar.

Chippa continued their search for the equalizer after the break, but Daine Klate could only succeed in guiding his free-kick straight down Siyabonga Mpontshane's throat.

Pirates should have gone 2-0 up in the 54th minute but Paseka Mako’s attempt to finish off Vincent Pule’s cross with only the keeper to beat came to naught.

That feeling of trepidation set in when the visitors were reduced to 10-men in the 71st minute. Mthokozisi Dube received his marching orders following a second bookable offence.

From that moment on, it was one way traffic as momentum of the match shifted in favour of the hosts, with Kurt Leintjies pulling the strings. They came close to scoring on a number of occasions.

They kept going, they kept coming, they kept the pressure on the visitors, kept plugging away even as time ticked away, and those anxiety levels rose ever higher for Micho Sredojevic and his bench, but to their credit the defence remained resolute.

Whenever the Chippa attack broke through, keeper Siyabonga Mpontshane was on hand to thwart any danger.

Former Buccaneer – and future Bucs Hall of Famer, Daine Klate, almost scored a spectacular equaliser in the 80th minute but he ballooned his volley over the bar, with Mpontshane at his mercy.

Pirates ultimately held on for all three points, to the relief of the Ghost who came in their numbers on the night.

With this win, the Buccaneers move up to fourth position, two points behind log leaders Bidvest Wits.