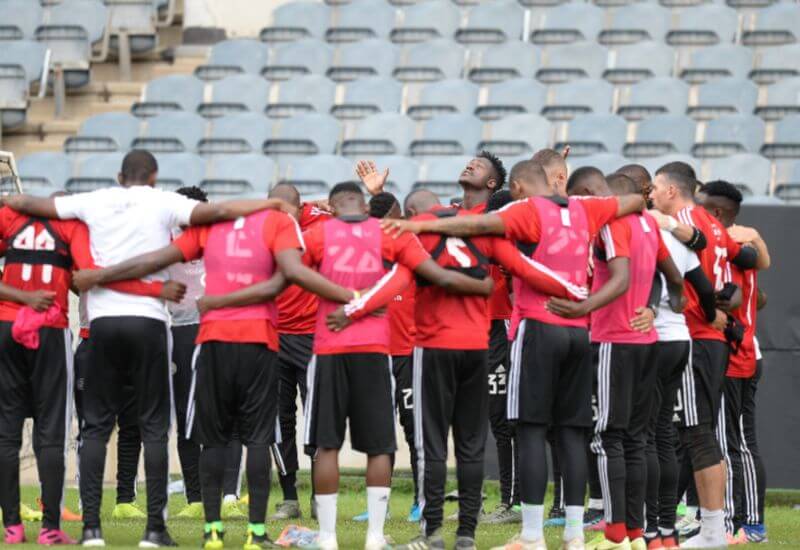 Orlando Pirates will be targeting a much-needed victory when they travel to take on a tricky foe in Highlands Park at the Makhulong Stadium tonight.

The rescheduled clash is a must-win affair for the Buccaneers who find themselves with a miserly two wins out of eight outings and placed at a lowly tenth position on the log table.

Owen Da Gama’s charges are also on a purple patch which has seen them win three of their last four league encounters.

Head Coach Rhulani Mokwena is well aware of the challenge that lies ahead but the young mentor is still confident that he can inspire his charges to victory.

“Over the years, Pirates have found themselves in similar position where we desperately needed a result that will spark a resurgent,” said Mokwena. “We are painfully aware of the position we find ourselves in and tonight will be a test of character for the boys.

“The loss to Stellenbosch was a setback and we have had to take a hard look at ourselves and see what needs to be done to improve the situation. We have put that match behind us now and with the games coming thick and fast there is no time to dwell on the negatives”, added Mokwena.

“We have a bigger and harder test against a very confident Highlands Park tonight but as I told the boys we will be playing in front of the packed crowd and it’s up to us to fight to restore faith in the Bucs faithful who will be out in numbers tonight.

“This is a pivotal moment in our league journey so far and perhaps it is what we need to shake us back into contention, we have to play for the badge our supporters. I told the players to forget about everything else and just focus on the most important match right now and that is Highlands Park. Our mood is that of focused determination. We are focused on our opposition and we are determined to do well.”