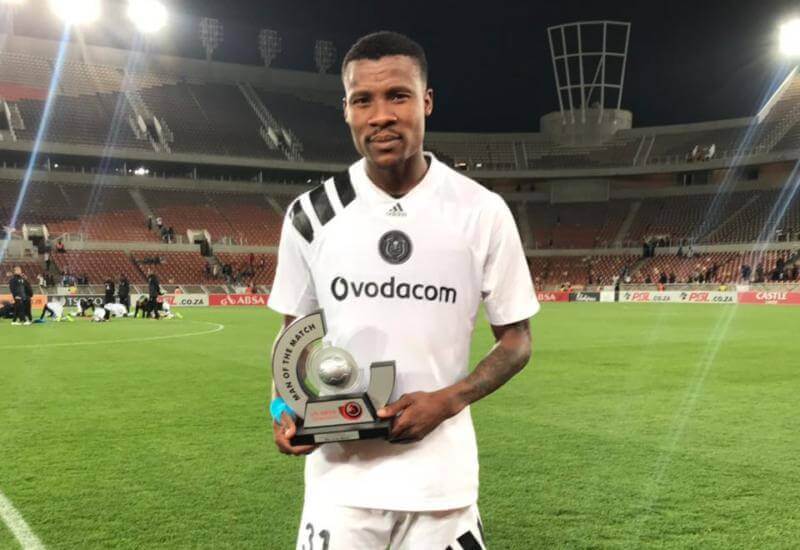 A late equaliser from Thamsanqa Gabuza was enough to spare Orlando Pirates’ blushes when they drew 2-all against Polokwane City at the Peter Mokaba Stadium on Saturday evening.

Pirates, who had come into this match off the back of a 1-0 defeat to Bidvest Wits, were looking to bounce back immediately and by the way the visitors started the match, it looked like they would achieve that objective with relative ease.

The first goal scoring threat for the visitors came as early as the 6th minute as Gabuza ran on to a Mthokozisi Dube pass to get behind the Rise and Shine defence before a stinging shot at goal; his effort well saved by Harold Ndlovu.

The Polokwane City goal-minder was at it again a couple of minutes later, this time to keep out Mpho Makola. The midfielder's free-kick travelled up and over the wall, but the keeper was up to the task to tip over the bar.

At the other end of the pitch, the hosts finally conjured a chance as forward Puleng Tlolane fired a rasping effort over Wayne Sandilands shortly before half time, with the teams going into the break at 0-0.

When the second half started, Pirates continued pretty much where they left off as they continued to dominate their PSL counterparts. They were finally rewarded for their efforts ten minutes into the second stanza.

A well-orchestrated move involving Mpho Makola and Thembinkosi Lorch set up Gabuza for an easy tap-in to open the scoring in the 51st minute.

Lorch almost made it 2-0 a few moments later when he was released on goal however, the onrushing goalkeeper did enough to thwart the threat.

The Buccaneers were made to pay for their earlier misses when Rise and Shine found their equaliser in the 61st minute off the head of Ndou.

Eight minutes later, it was 2-1 to the home side after Rodney Ramagalela capitalised on a mistake from Abbubaker Mobara.

With time running out and a second league defeat facing Micho Sredojevic’s men, up stepped 'GandaGanda' to complete his brace in stoppage time, when the forward flicked home Musa Nyatama's long range pass from deep in midfield.