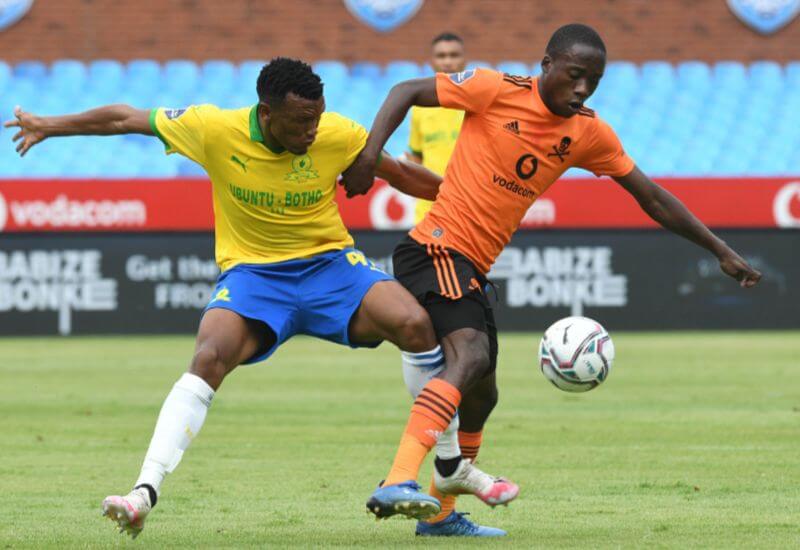 Orlando Pirates have suffered defeat in their opening fixture of 2021, following their 1-0 loss to Mamelodi Sundowns in their DStv Premiership encounter played at Loftus Versfeld on Saturday afternoon.

Both sides were unbeaten going into the match, with the Brazilians occupying top spot in the standings, while the Buccaneers were five points behind in fifth place.

It was the hosts who were dominant in the opening ten minutes, with the best of their early chances falling to skipper Ricardo Nascimento, whose header from a corner kick was kept out by Fortune Makaringe on the near post.

The Buccaneers kicked into gear around the 15th-minute mark, launching a period of attack, with Thembinkosi Lorch firing their first shot at the Sundowns goal, but his volley was miscued and rolled wide.

Vincent Pule did one better just moments later, as he forced a save out of Denis Onyango with a shot from range.

Pirates maintained a period of dominance for much of the first half, until the 35th minute, when they conceded a free-kick inside their own half.

The hosts ensured that they punished the transgression as, from the resulting set-piece, Brian Onyango was on hand to latch onto a loose ball and head past Wayne Sandilands for the opener.

Searching for the equaliser early in the second half, the Buccaneers sent men forward into the Sundowns half.

Lorch was again in the thick of things as he was denied by Onyango from a tight angle after superb build-up play.

Around the half-hour mark, Deon Hotto was another one to come close to drawing the Buccaneers level when his shot from outside the box was deflected wide by Makaringe, who could not get out of the way on time.

Sundowns enjoyed another period of sustained attack midway through the second-half, where Kermit Erasmus was a menacing presence, forcing a series of saves from Sandilands as well as striking the woodwork.

With the clock running out, the Soweto Giants sent a sea of orange shirts forward, but the Brazilians countered that by reinforcing their defence.

There was no late goal, as Pirates suffered a rare defeat to begin the New Year.