Bucs Stunned at Home by Chippa 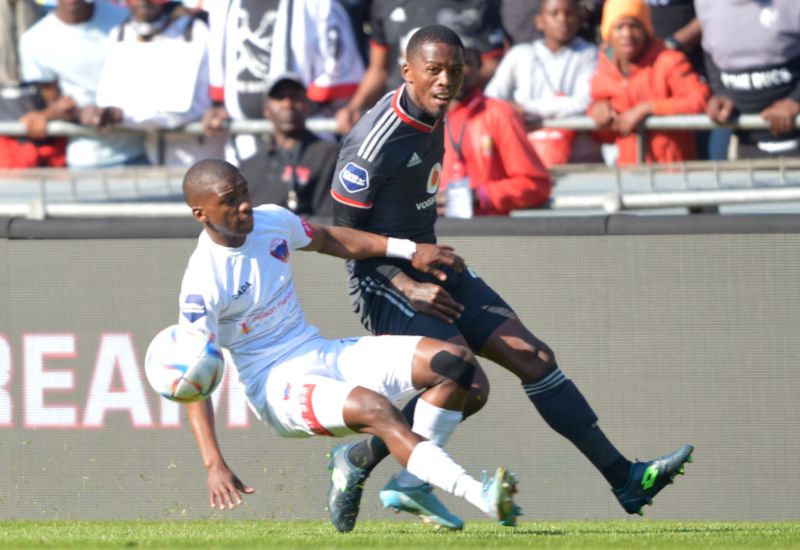 A late goal by Chippa United handed Orlando Pirates their first defeat of the season, as they fell to a 1-0 defeat at Orlando Stadium on Sunday.

Fresh off collecting a vital away point in midweek, the Buccaneers set out to claim all three on offer against the visitors, who were yet to add to the win column and were reeling from a defeat suffered on their previous outing.

It was a slow start to the fixture, with the first real chance coming in the 10th minute as Kwame Peprah lept high to meet a cross from Thembinkosi Lorch, only to direct his header wide.

The Ghanaian striker was again in the thick of things two minutes later when he had the right idea in flicking the ball towards goal from a Bucs corner, but was denied by a timely clearance by Sirgio Kammies.

The hosts continued to control matters, spending the majority of the opening quarter inside the opposition half, where Thabiso Monyane’s searching cross into the penalty area found a sliding Deon Hotto, who could not turn the ball into the net as Kammies made another vital intervention.

Chippa did have chances of their own as they grew into the game, and their first opportunity came when Azola Matrose found himself one-on-one with Nkosinathi Sibisi, and it was the Bucs defender who came out on top in the contest as he marshalled the ball into safety.

At the other end, Peprah continued to be a menace to the Chilli Boys’ defence, winning the ball at the halfway line before making a storming run into the box, where he dissuaded from getting a shot away by Justice Chabalala in the 30th minute.

Pirates could have gone to the tunnel trailing if it wasn’t for a brilliant save from goalkeeper Richard Ofori, who parried away a goalbound shot from Diego Appollis after Chippa moved the ball quickly from their half into Bucs territory.

The second half began with the home side dominating proceedings early on, as they continued their search for the opening goal.

Lorch could have made it 1-0 in the 53rd minute when he got on the end of a through ball from Peprah, but his shot at goal was nowhere near the target.

They continued enjoying most of the chances at goal, but not finding the definitive touch as the visitors committed numbers at the back.

Headers from second half substitute Bienvenu Eva Nga and midfielder Thabang Monare failed to give Pirates the lead in the middle period of the second half, with both players misdirecting their efforts.

The missed chances came back to haunt the Buccaneers with just four minutes of regulation time left on the clock, as Abdi Banda headed in past Ofori to hand Chippa the advantage.

Pirates’ response saw them sending men forward in search of the equaliser, and Vincent Pule could have drawn level with a shot from point-blank range, but forced a splendid save from Kazapua.

That was to be the last action of the game, as the hosts suffered what was only their fourth defeat in the hands of the Eastern Cape-based outfit.