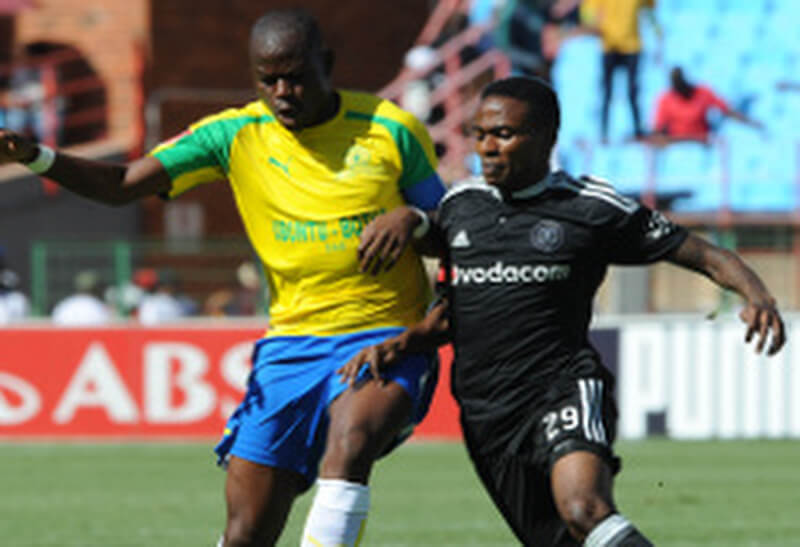 In a season where the Buccaneers are set to celebrate turning 80 years, the Ghost have had nothing to smile about to date and the recent defeat to Sundowns is further testament that something needs to change and quickly. Pirates have failed to register a victory in over five matches and are sitting in lowly tenth position at the halfway mark.

The Buccaneers should have taken the lead just two minutes into the game when Tendai Ndoro played a brilliant through ball for Gift Motupa.

The attacking midfielder then dribbled past Sundowns goalkeeper Denis Onyango, but somehow he hit the post and the ball was cleared away.

It was end-to-end stuff as Khama Billiat set-up his Sundowns teammate Themba Zwane, who fired narrowly wide of the target five minutes into the game.

The duo combined again in the 20th minute and this time Zwane scored at the second attempt from close range to make it 1-0 to Sundowns.

The Brazilians then took control of the encounter keeping the Bucs defence which was led by debutant James Okwuosa very busy.

Percy Tau, who was looking lively, did well to set-up his Sundowns teammate Anthony Laffor in the 41st minute, but the latter fired wide of the target.

A minute later, Tau ensured that the first-half ended with Sundowns leading 2-0 as the attacker completed a great team goal with Bucs defence caught napping.

Pitso Mosimane's side were leading 2-0 at the interval thanks to two goals from in-form attacking midfielders Zwane and Tau.

Things went from bad to worse for Pirates as Sundowns were awarded a penalty in 62nd minute and Ricardo Nascimento stepped up and made it 3-0 to the Brazilians.

The former Bloemfontein Celtic winger grabbed his brace with another simple tap in with the Pirates defence exposed with 15 minutes left on the clock.

Promising young midfielder Tau also second his second goal in the 81st minute. Play was then stopped after the supporters invaded the pitch.

However, play resumed after the supporters were cleared from the pitch. Nevertheless, Sundowns held on to win 6-0 on the day.