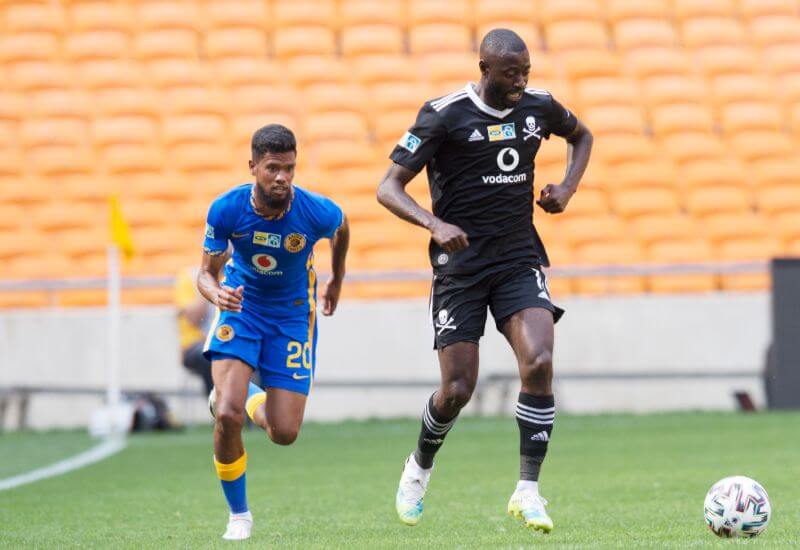 Three Orlando Pirates players have scored nominations ahead of the 2020/21 PSL Awards.

The League announced the nominees on Thursday morning and, included on the list were two members of the Buccaneers senior squad, alongside one of the standout players in the Club's recent DStv Diski Challenge (DDC) campaign.

The two first-team players recognised for their performances this season are midfielders Deon Hotto and Ben Motshwari, who are both nominated under the MTN 8 Last Man Standing category.

The pair was instrumental in helping the Club end a lengthy trophy drought, with the gritty Motshwari named Man of the Match in the final against Bloemfontein Celtic, where Hotto also chipped in with a goal to add to his two assists from earlier in the competition.

They will compete against each other for the prize, with Bloemfontein Celtic attacker Victor Letsoalo included as the third nominee.

The other member of the Orlando Pirates family in line for a major honour is Reserves striker Boitumelo Radiopane, whose five goals in DDC placed him among the players to watch in the future.

He is nominated alongside fellow rising stars in AmaZulu Reserves' Lindokuhle Zungu and Siyanda Nyanga of Mamelodi Sundowns Reserves.

The PSL Awards ceremony will take place on Sunday, 6 June at 20h00, and will be broadcast live on Supersport PSL Channel (202) and SABC.