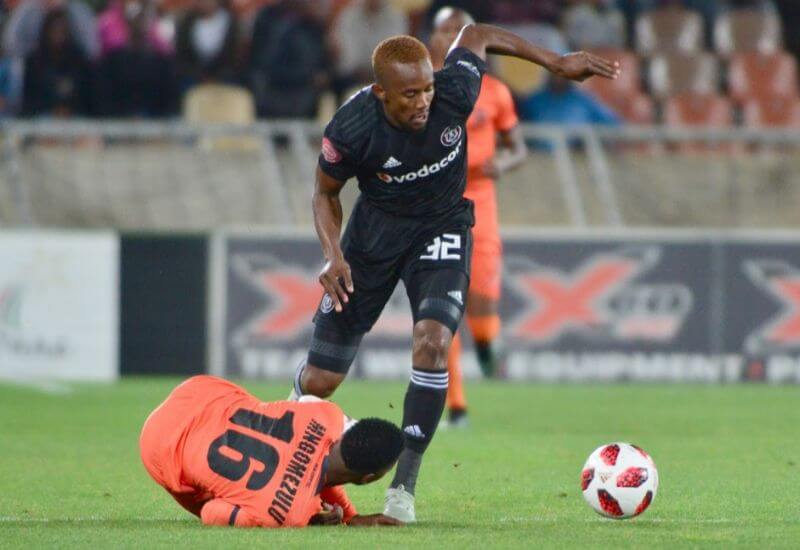 Orlando Pirates held off a late surge to beat Polokwane City 2-1 in an Absa Premiership clash played at the New Peter Mokaba Stadium on Tuesday night.

With this victory the Buccaneers move to the top of the table albeit with Bidvest Wits due to play on Wednesday evening.

Pirates came into this match on the back of a ten game unbeaten run in all competitions but if Micho Sredojevic and his charges were expecting an easy encounter, Rise and Shine had other plans.

The hosts started the match much the stronger side as they pinned the Buccaneers back in the opening 15 minutes of the encounter, but they struggled to make use of their early possession to punish the visitors.

Pirates grew in confidence as the match progressed with Justin Shonga making good runs inside the Polokwane box.The Zambian striker connected with Asavela Mbekile's cross in the 35th minute, but he placed the ball narrowly wide of the target.

The Polokwane defence which was led by SibusisoMbonani stood firm until the referee blew the halftime whistle.

The two teams were locked at 0-0 at the interval.

City started the second half the same way as they did in the first as they searched for that crucial opening goal.

Vusimuzi Mngomezulu almost scored in the 49th minute with a splendid shot on the edge of the box but Jackson Mabokgwane was on hand to parry the goal bound shot away from danger.

The Buccaneers went into the lead, pretty much against the run of play in the 59th minute after Marshall Munetsi'seffort was parried by City keeper George Chigova to Marcelo Da Silva, who fired home to score his first goal since joining Pirates.

Rise and Shine tried to push forward in search of the equalising goal, but they were exposed at the back. The visitors were awarded a free-kick in the hosts’ half in the 66th minute and Shonga made it 2-0 with his set piece.

The hosts attacked in numbers as they looked to score late goals with Puleng Tlolane having joined Rodney Ramagalela upfront.

Ayanda Nkili managed to score a consolation goal for City after connecting with a corner in the 90th minute to make it 2-1.