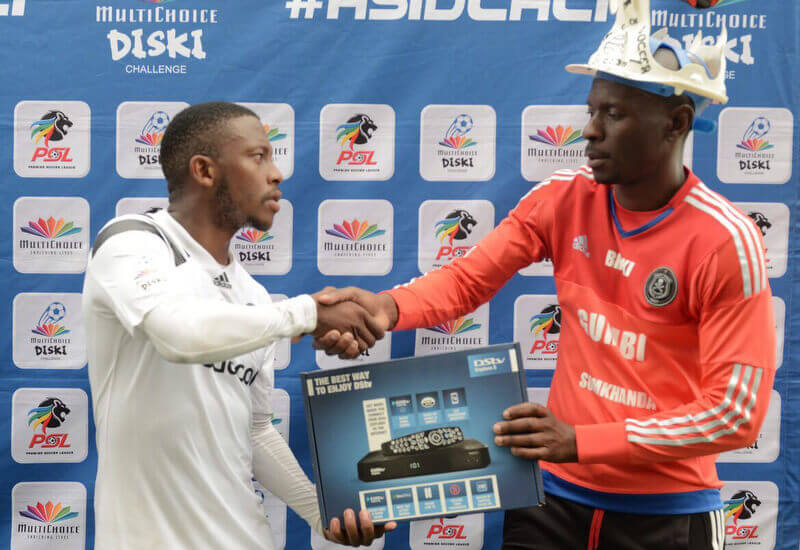 A brace from Thabiso Kutumela was enough to register a victory in their opening match of the season.

Pirates started like a house on fire with Yusuf Maart pulling the strings in the heart of midfield alongside captain Ricardo Lourenco.

It would be through the educated left foot of the captain, that Bucs would fashion their first chance of the match. Lourenco whipped in a cross into the near post, after some nice interchange passing on the left flank, for the onrushing Grant Peters who fired his shot wide with only the keeper to beat.

The young Buccaneers continued to pile the pressure on the Usuthu goal and were duly rewarded in the seventh minute with Kutumela benefiting from a rebound off the keeper.

AmaZulu bounced back five minutes later to create a chance of their own. Somila Ntsundwana found himself unmarked in the box and unleashed a shot which forced a great save from Tsebo Tsotetsi.

Teams went into the break with Bucs holding on to their narrow lead.

Bucs were dealt a blow early in the second half after Yusuf Maart was carried off the field after picking up an injury.

The second half saw Usuthu gain control of the game as they searched for that all important equaliser and almost got it ten minutes into the game after a sloppy pass back by Zaahir Witbooi was intercepted by an AmaZulu attacker but fortunately Samuel Nkomo was on hand to spare his teammates blushes.

In the 58th minute, Pirates brought on Freddie Hlalele for Peters and the decision paid off 7 minutes later as the debutant turned provider for Kutumela who slotted in his second of the match at the far post.

AmaZulu pulled a goal back in the 70th minute courtesy of a set piece finish from Sandile Khumalo to set up a tense finish to the game. Pirates was resolute in defence and did well to thwart all Usuthu attacks.

Next match for Pirates is a tough home clash against a Bloemfontein Celtic side that thrashed defending champions Mamelodi Sundowns 3-0.