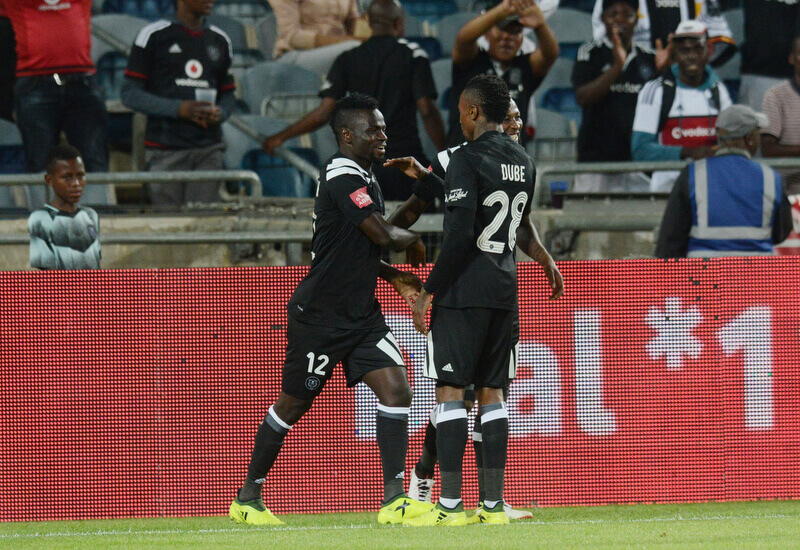 Orlando Pirates have secured a narrow 1-0 victory over Ajax Cape Town courtesy of a first half Bernard Morrison strike.

The Mighty Buccaneers came to Orlando Stadium looking to make it two wins out of two in Orlando and they did just that, and in doing so, they keep the pressure up at the top of the Absa Premiership log table.

After a cagey opening few minutes of the game which saw the visitors sit back and allow Pirates to control possession, it would be Ajax who would create the first goal scoring opportunity in the 7th minute after Thabo Mosadi played a through ball for Tashreeq Morris, only for the striker to shoot wide.

Pirates sprung into action a minute later to score the opening goal of the match. A long throw-in by Nyauza was flicked on by Thamsanqa Gabuza and the ball found an unmarked Morrison at the far post to score.

Ajax almost made it 1-1 in the 11th minute when Musa Nyatama uncharacteristically headed across the field of play only for his ball to be intercepted by Thabo Mosadi who marched towards goal only to be disappointed with his tame shot which went wide, much to the relief of Nyatama.

The match continued much in the same vein with chances very limited from both sides until the 43rd minute when Ajax was presented with a half-chance. A ball played into the box found Morris who unfortunately couldn’t steer his header towards goal.

The teams went into the break shortly afterwards with Pirates holding on to their slender lead.

There was more action in front of goal in the second stanza of the match and the first chance fell for the home side as early as the 51st minute when Gabuza was on the end of a Mpho Makola cross only for the linesman to judge him offside.

The ball was in the back of the net again 16 minutes later, this time winger Thabo Qalinge supplied the pass across goal for Gabuza who reacted quickest in the box to fire into the back of the net, unfortunately he was adjudged to have been offside once again.

Ajax coach Stanley Menzo rang some changes, bringing on Prince Nxumalo and Bantu Mzwakali in the 65th minute. The changes seemed to bring more stability to the team and the added firepower demanded more attention from the Bucs defence, and this resulted in Bucs head coach bringing on the hardworking Issa Sarr to assist Nyatama in the heart of midfield.

The hosts almost equalized in the 89th minute from the head of Morris after he latched on to a cross from Mzwakali only to be denied by Sandilands.

The last chance of the match would fall for Morris deep in injury time, when a high ball found him in the box, and after doing all the work to beat his marker and bring the ball under control, the striker blasted his shot over the crossbar with only the keeper to beat.