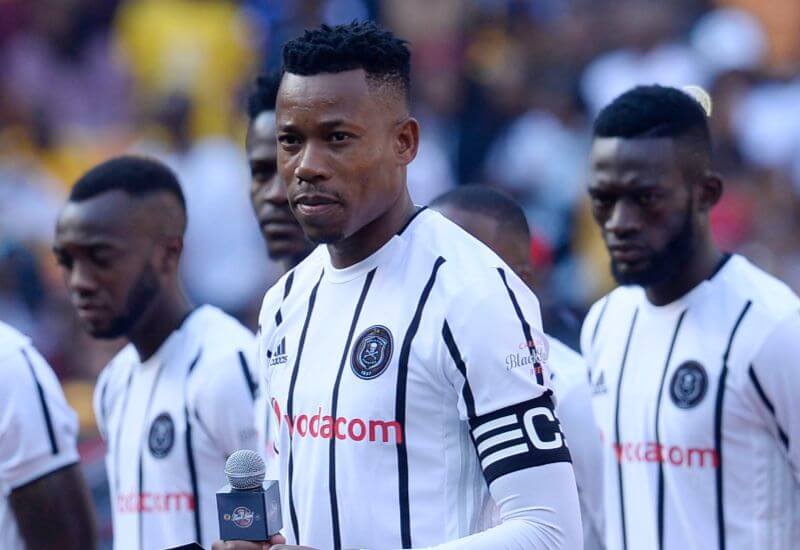 The Buccaneers will kick-start their CAF Champions League campaign this weekend when they face off against the Zambian side, Green Eagles at the Nkolomo Stadium in Lusaka on Saturday, 10 August 2019 with the kick-off scheduled for 15: 00.

‘The Eagles’, as they are popularly known, finished top of the two-stream league for 2019, and lost on penalties to eventual winners, Zesco United.The team is Coached by former Power Dynamos defender, Aggri Chiyangi, the current caretaker Coach of the Zambian National Team, which won the 2019 COSAFA which was in Durban.

Three players from the Zambian 2019 COSAFA winning squad also make up the ranks of the Green Eagles side, namely goalkeeper Sebastian Mwange and striker Tapson Kasebe.

Orlando Pirates Captain Happy Jele, who has captained the squad in both the 2013 CAF Champions League and 2015 CAF Confederations Cup finals is all too aware of the daunting challenge ahead.

“It is always ideal in CAF to play the away fixture first, we know that we have to go out there and fight to secure three points and then come the second leg we will simply use our home team advantage to finish the job”, said Jele.

Jele’s optimism over his side’s chances in Zambia has been boosted by the Buccaneers explosive start to the 2019 / 2020 football season. “We know this will be a tough match for us, we are going to face the Eagles at their home turf and we know they will fight for a win, that’s to be expected. But we are not exactly going there to gift them with points either, we have a good quality side and with the way we have started this season it just felt like all of the hard work we put in at the pre-season camps was going to pay off”, added Jele.

“We are an improved Orlando Pirates, we have always had quality and confidence but I believe we have also found the missing ingredient, belief. We believe we can compete with the best of them in any competition and that is the mentality and attitude that we are taking into the match in particular and our entire Champion’s League campaign”, concluded Jele.