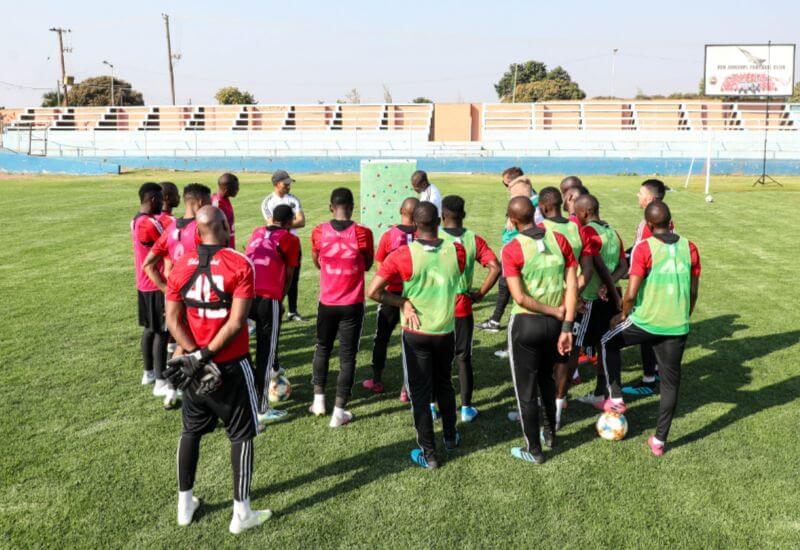 Orlando Pirates had a disappointing start to their CAF Champions League campaign, going down 1-0 to Zambian outfit Green Eagles at the Nkoloma Stadium on Saturday afternoon.

The defeat makes the return leg later in the month a must-win, as Micho's men look to progress past the first preliminary round of the competition.

The Buccaneers had a bright start to the encounter, and were awarded an early free-kick in the sixth minute after Luvuyo Memela was brought down on the edge of the box.

Vincent Pule was the man to step up, but was denied by the Eagles' wall which kept his effort out.

Pule was a constant threat to the hosts, but could not provide the breakthrough, with the home side keeping things tight at the back.

At the other end, the Zambian outfit was also giving the Bucs defence headaches of their own, with Kennedy Musonda getting close on more than one occasion.

Despite waves of attack by the visitors, nothing gave, and it was Eagles who finished the first half strongly, although neither side could take the lead as it remained 0-0 at halftime.

The second half would change things dramatically when immediately after the break, the hosts edging ahead through Spencer Sautu after the Bucs were caught on a counter in the 49th minute.

A frantic chase for the equaliser saw Pirates surge forward with Augustine Mulenga getting opportunities - the first being easily cleared before another went wide from long range.

Pule also came close to scoring after being released by Justin Shonga, but he too sent his effort wide.

There was to be no equaliser, as Sautu's lone strike separated the sides at full time, as the Zambians ran out 1-0 winners with the second leg due to come on August 24 at Orlando Stadium.

Captain’s Corner: We all have to keep believing