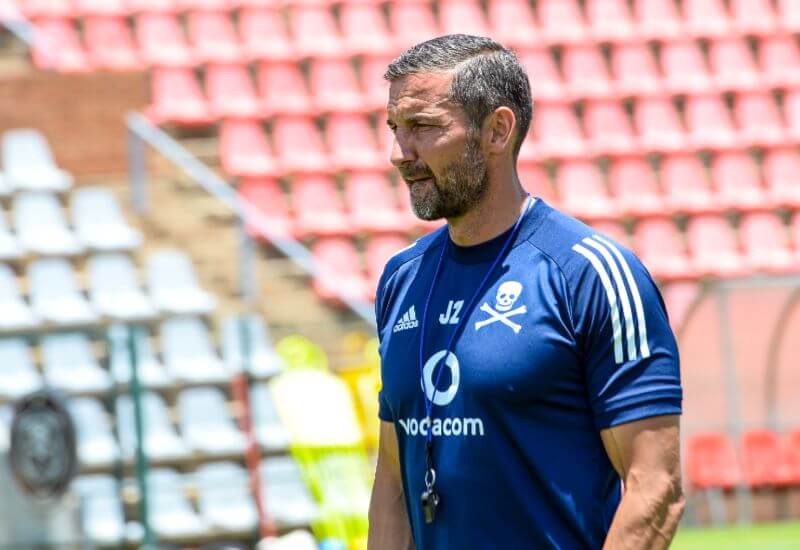 The two sides clash in Luanda in the first leg of their Second Preliminary tie, before locking horns again in Soweto in January 2021.

It is a historic first meeting between the two sides, and Orlandopiratesfc.com has profiled the men the Buccaneers are set to come up against.

The club was founded in 1976, and the day of their fixture against the Soweto Giants will be their 44th birthday.

Sagrada Esperança have won their domestic league title once, triumphing in 2005, and have won two other major titles.

They have had brief runs in CAF competition, finishing in the second round of the Cup Winners' Cup - which has since rebranded to the Confederation Cup - in both their previous appearances in 1989 and 2000.

They have also featured in the CAF Champions League and were eliminated in the first preliminary round by Namibia's FC Civics on their last attempt.

They qualified for the ongoing edition of the Confederation Cup after rivals InterClube opted against participating.

Nicknamed "The Diamonds", the Buccaneers next opponents were meant to compete in the preliminary round of the competition, where they were to meet Mbabane Swallows from Eswatini in what would have been their first competitive fixture since March.

Unfortunately, that fixture was cancelled, with the Angolan outfit going through by default.

The abrupt end to the competition came after they had enjoyed a decent spell of results, winning four of their last five fixtures.