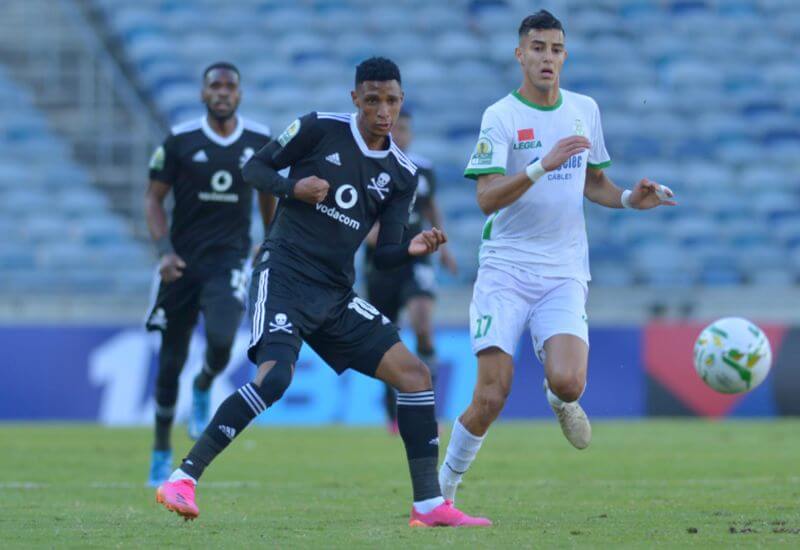 Orlando Pirates are out in Morocco for the second leg of their CAF Confederation Cup Quarterfinal clash against Raja Casablanca, which takes place at Stade Mohammed V on Sunday.

The previous leg at Orlando Stadium ended in a one-all stalemate after Vincent Pule's first-half opener was cancelled out by Ben Malango's in the second half.

This means that the hosts go into their home leg with a slight advantage, having claimed a crucial away goal which could have some bearing in how the tie is decided.

For the Buccaneers, finding the net in Casablanca will be a must for any hope of progressing to the semifinals.

They will take some confidence from having breached the "Green Eagles'" defence in Soweto, where the North Africans conceded for the first time in the tournament.

It was also the first time the Moroccan giants had failed to emerge on the winning side since beginning their Confed Cup campaign.

Pirates welcomed back a number of previously-injured players in the first leg, with Thabang Monare, Ben Motshwari, and Thembinkosi Lorch all featuring in the matchday squad.

Motshwari started, while both Monare and Lorch were introduced in the second half. Goalkeeper Richard Ofori - who last featured in the Buccaneers' opening game of the group stage - is also back from injury, and was an unused sub last Sunday.

During his post-match press conference, Coach Josef Zinnbauer stated that he was hoping to have more players back from injury. The likes of skipper Happy Jele, along with forwards Terrence Dzvukamanja and Tshegofatso Mabasa, have all been sidelined in recent weeks.

Ben Malango: The Congolese striker did not only write his name on the scoresheet in the first leg, but was also one of the standout players for Raja in the fixture. The goal was his third in the Confed Cup, and his 13th across competitions this season.