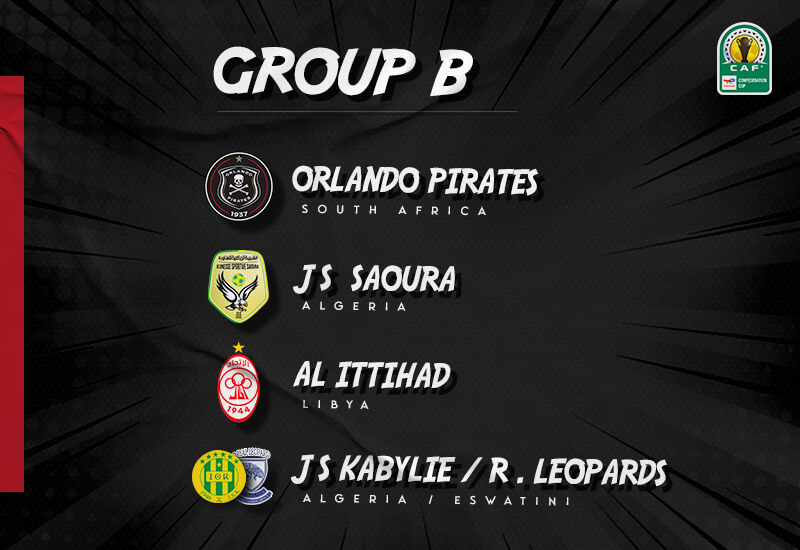 Orlando Pirates will compete in a tough Group B when they resume their CAF Confederation Cup campaign next year.

The Buccaneers made it past two preliminary rounds to qualify for the group stage of the competition for the second year running. This time around, they will be looking to better their quarterfinal finish from the previous edition.

In the live draw held on Tuesday, the Soweto Giants discovered their opponents, and were drawn in Group B, where the fourth participant is still to be decided.

At least two trips to North Africa await the Buccaneers, who will be facing off against Libyan giants Al-Ittihad as well as Algeria’s JS Saoura.

The fourth team in the group will be decided between Eswatini’s Royal Leopards and JS Kabylie of Algeria.

A meeting with the latter would mean that Pirates get to renew rivalries with their 1996 CAF Super Cup opponents.

The group stage gets underway on 13 February 2022 before concluding in the first week of April.