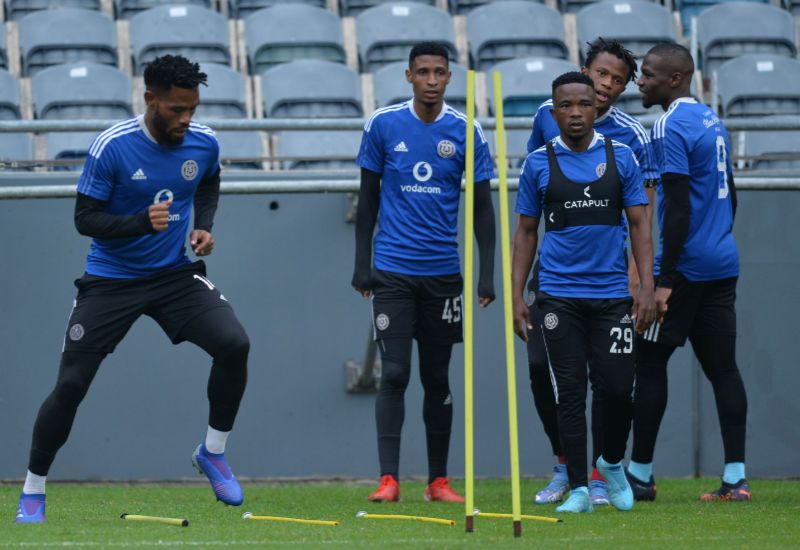 Orlando Pirates return to action this Sunday with their final CAF Confederation Cup Group B clash against Al-Ittihad at Orlando Stadium.

With qualification to the knockout rounds already secured, the Buccaneers will not only be looking to avoid being used as a crutch that propels the Libyans to the Last Eight, but will also be aiming to qualify top of the group.

This can only be achieved by avoiding defeat against a side that will be more than determined, with a good performance from JS Saoura away to Royal Leopards likely to throw a cat among the pigeons.

Among their many incentives to perform on the night, the Buccaneers have the opportunity to register their best performance in the group stage of this particular competition, having won four of their five matches so far.

In all competitions, the Soweto Giants are on a three-match winning streak, and will look to extend it to build some winning momentum heading into the quarterfinals.

While domestic action was halted in South Africa due to the international break, match fitness will be no issue for the Libyan champions, who have had a league outing since the Buccaneers last took to the field.

A-Ittihad overcame a scare against Royal Leopards to emerge 3-2 victors in their last Confed Cup fixture, which placed them second in the standings, and are coming off a league win over Al Shat last week Friday.

The Buccaneers welcome four of their internationals back into the camp, following the recent international break.

Mosele will, however, not take part in proceedings on Sunday, following his two-match suspension arising from a controversial red card received in Pirates’ 2-0 win away to JS Saoura.

No player has scored more goals in CAF competition for Al-Ittihad this season than 22-year-old attacking midfielder Mouad Eissa, who after finding the net in the previous leg against Pirates, will look to take his tally on the continent to four in the ongoing campaign.

The threat from the Libyans does not only come from up front, with experienced defender Sanad Al Warfali also proving to be a handful on attack come set-piece time with three Confed Cup goals since joining from Moroccan giants Raja Casablanca.

The only other encounter between these two sides proved to be a thrilling one, with the Libyan giants grabbing a narrow win with no less than five goals registered on the night.

Al-Ittihad raced to a lead early in the encounter back in Benghazi, but the opening half ended deadlocked at two-all, with Bandile Shandu netting a stunning brace for Pirates.

An early second half strike from Omar Al Khauja was in the end the difference on the night, as it sealed what remains the Buccaneers’ only defeat of their Confed Cup campaign so far.

How to Watch Orlando Pirates vs AL-Ittihad

A total of 15 000 stand tickets have been made available for the clash, and can be purchased from Computicket outlets nationwide, priced at R40 a ticket. Proof of vaccination or a negative COVID-19 test no older than 72 hours is required for entry, along with valid identification.

The game is scheduled to kick off at 18:00 and will be televised live on SuperSport Variety 3, plus the SABC Sport channels on OpenView HD and TelkomOne.

You can also follow the action by keeping an eye on live updates shared across Orlando Pirates social media platforms.