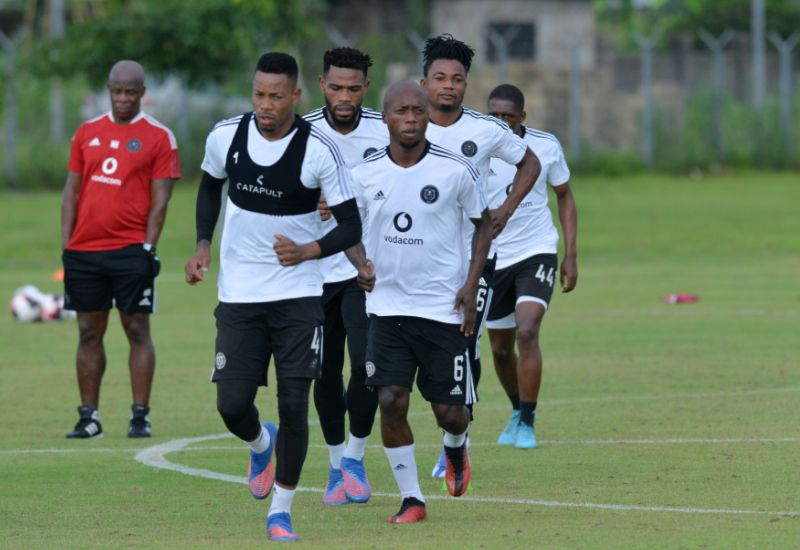 Orlando Pirates trot the continent once more this season as they head to Nigeria for the highly-anticipated CAF Confederation Cup final clash against Morocco’s RS Berkane at Godswill Akpabio Stadium in Uyo.

The Soweto Giants go in search of another continental title after their triumph in the 1995 CAF Champions League title, which was followed by victory in the subsequent CAF Super Cup.

Having finished as Confed Cup runners-up in 2015, they will be looking to do one better this time around against a side that has clinched this particular prize as recently as 2020.

The Moroccans confirmed their spot in the final when they overturned a 1-0 deficit from the first leg against two-time champions TP Mazembe to emerge victorious with a convincing 4-2 aggregate win after piling on the goals in their home leg.

The result in their previous knockout assignment was less emphatic, with away goals paving their path to the last four after finishing tied on two goals apiece with Egypt’s Al Masry.

In between their Confed Cup triumphs, the Orange Boys have experienced some indifferent form in domestic football, losing three of their last five league games while faring better in the Moroccan Throne Cup, where they have advanced to the quarterfinals.

Similarly, Pirates’ league form has been far from ideal, with just two wins in their last five outings and just four goals scored.

They were however impressive in bagging a vital 2-0 win away to Al Ahli Tripoli in the first leg of their semifinal tie before clinging on for a 2-1 aggregate victory, following a narrow loss at home.

Like their opponents, the Buccaneers endured a tight quarter final assignment, going past Simba SC through penalties after each leg ended with a 1-0 scoreline in favour of the hosts.

The Buccaneers welcomed attacking midfielder Vincent Pule back to the match day squad in their previous outing, and the 30-year-old could be handed an extended run in the final after a few good touches in his brief cameo on Sunday.

Also likely to feature is defensive midfielder Thabang Monare, who returned to the bench after a short spell on the sidelines, while defender Paseka Mako continues to inch closer to a comeback having been out of action since early April.

Berkane are expected to field a near full-strength team after reporting no serious injuries from their highly physical encounter with TP Mazembe.

Youssef El Fahli and Chadrack Muzungu are both potent goal-scoring threats, with the former chasing the Confed Cup Golden Boot after netting five goals in the competition so far.

Defensive midfielder Najji Labri has also been among the goals this season, adding three to Berkane’s tally and his vast experience will be vital in stabilising things in and around the centre of the park.

Their defence is marshalled by Burkina Faso international Issoufou Dayo, who boasts over 50 caps to his name and is likely to start alongside the ever-present Ismail Mokadem.

How to Watch Orlando Pirates vs RS Berkane

Kick-off time has been confirmed as 21:00 and will be televised live on SuperSport PSL, with the live build-up starting an hour earlier. The fixture will also be screened on SABC Sport channels on OpenView HD and TelkomOne.

You can also follow the live action by keeping an eye on live updates provided across Orlando Pirates social media platforms.