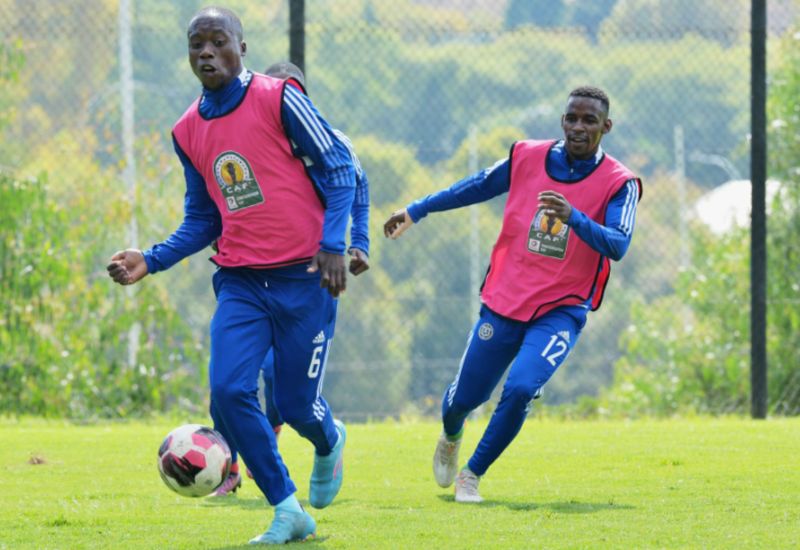 It is do-or-die for Orlando Pirates in the CAF Confederation Cup, as they welcome Simba SC from Tanzania to Orlando Stadium for the second leg of their quarterfinal tie on Sunday.

The visitors head to the iconic venue carrying a slim advantage over the Soweto Giants, following a 1-0 win at the Benjamin Mkapa National Stadium last Sunday.

This means that the mission for the home side will be to overturn the deficit by emerging on the winning side, while avoiding any slip-ups that could complicate their path to the last four of the competition.

In the week between the two quarter-final legs, both sides were afforded time to prepare for the clash in Soweto, with neither taking part in competitive football in this period.

The defeat inflicted on the Buccaneers by the East Africans broke a six-match unbeaten run, and was their first loss in this season’s Confed Cup since the second match day in the group phase.

They will need to channel the form that has seen them finish Group B on top of the standings with an impressive 15 goals in their six matches.

For Simba, the goal will be to claim a rare result away from home, where they have struggled in continental competition this season.

The Tanzanian giants’ form on the road has been a direct contrast to their results on home turf, with no away victories during their Confed Cup group stage campaign.

However, they will head to Orlando Stadium still beaming with confidence after going unbeaten in their last four games across competition, and only failing to win just once.

Simba are likely to be without former Bucs midfielder Bernard Morrison, whose availability for the clash is in doubt, but have received a boost in the form of defender Joash Onyango and midfielder Sadio Kanoute, who both missed the first leg of the quarterfinals.

The pair was suspended for the game held in Dar Es Salaam, but are now both in contention for places in the starting lineup.

Meanwhile, Pirates will have to continue without left-back Paseka Mako, as the player remains unavailable for selection while he continues to recover from the injury sustained in the Club’s last league outing.

Even with the potential absence of one of the players who caused some problems for the Buccaneers defence in the previous leg, the Reds of Msimbazi will still retain enough firepower in their ranks to continue to pose a threat on Sunday.

Winger Pape Ousmane Sakho proved to be a menace on the left flank and, along with centre-forward Chris Mugalu, could be thorns in the Bucs’ flesh once more.

At the back, Simba have an experienced presence as their last line of defence in the form of Tanzanian international goalkeeper Aishi Manula, whose important saves in Dar es Salaam ensured that his side came off victorious, despite a late surge from the Soweto Giants.

How to Watch Orlando Pirates vs Simba

Kick-off on Sunday is at 18:00 and the game will be broadcast live on SuperSport PSL, with the build-up starting at 17:30. The fixture will also air on the SABC Sport channels on OpenView HD and TelkomOne.

A limited number of tickets has been made available for sale on Computicket, and fans will only be granted entry into Orlando Stadium after producing a valid South African ID or a passport, as well as proof of vaccination or a negative COVID-19 test no older than 72 hours, as per prevention protocols.