Calling On The Ghost 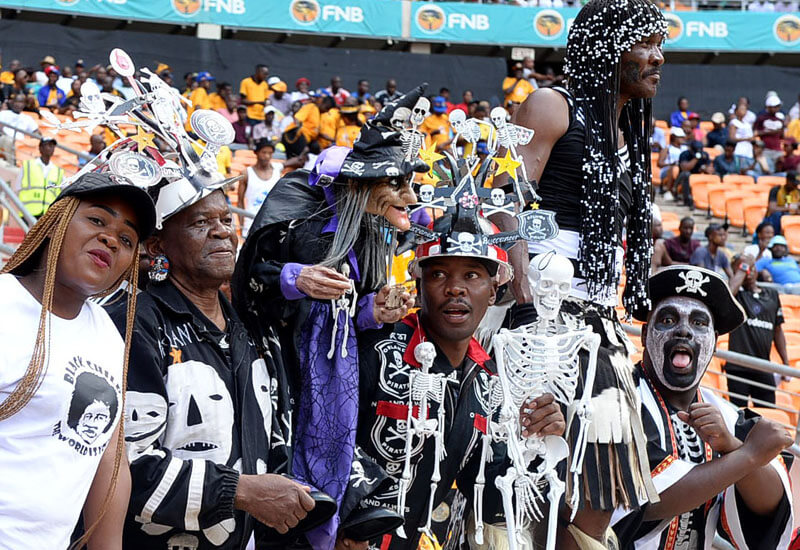 Orlando Pirates will end a positive 2017/2018 season when they take on Free State Stars at the Orlando Stadium on Saturday, 12 May 2018. The match is open for public attendance and as such tickets for this final fixture of the Absa Premiership have gone on sale.

With the previous fixture having been played behind closed doors as the Bucs annihilated Bidvest Wits 4-0, it was clear in the players’ celebrations that they undoubtedly missed the vibrant atmosphere provided by the Bucs Faithful.

In what has become the Team’s mantra for the season, “healing the souls of our people,” the players are celebrating at the prospect of ending the season on a high and in front of The Ghost.

“I was happy to score a brace when we played against Bidvest Wits but it was a bitter sweet moment for me because I wanted to share it with the fans and thank them for their support. It was a sad moment because when I scored that second goal, I forgot that our fans were not there and I just wanted to celebrate with them. I was only reminded when I looked up that they were not there, said Augustine Mulenga.

“It has been a long and tough season and although we may not have won any silverware, we are happy with the progress we have made and it puts us in a good position to challenge for trophies next season”, added Mulenga.

“Now coming to the last match of the season, it’s not about the Players or the Coaches. It is just about our supporters. We want to give them a good sendoff and to thank them for the great support they always give us. I am calling on all Orlando Pirates supporters to come to the stadium on Saturday, to come watch us thank them in the best way we know”, concluded Mulenga.

Tickets are available from Computicket and Shoprite Checkers outlets nationwide at R40.00 per adult and R10.00 per juvenile.

Kick-off for this encounter is at 15h00.