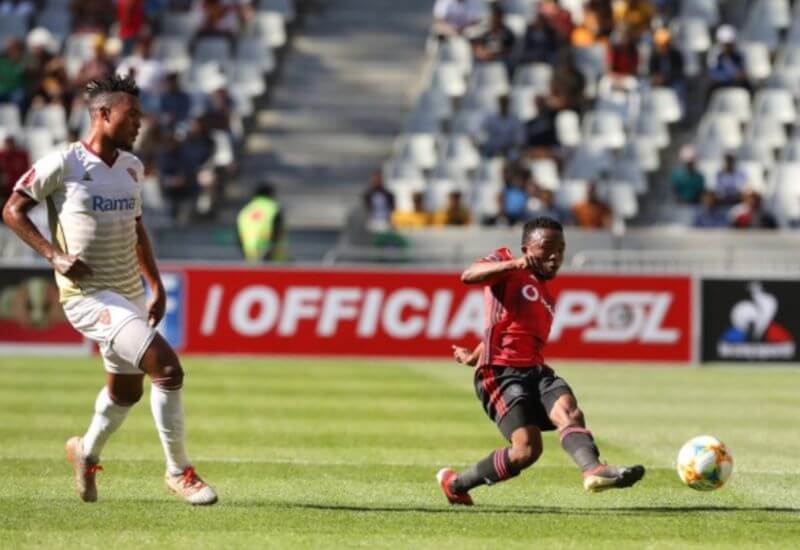 Orlando Pirates continued on in their search for consistency in the league, as they fell to a 1-0 defeat to Stellenbosch FC at Cape Town Stadium on Saturday.

The Buccaneers had scored a cup victory just seven said ago over their opponents, but couldn't repeat the heat feat after a change in competition and venue at the World Cup venue.

Tshegofatso Mabasa had the best chance early on for the Bucs, and what would have been a fifth goal for the season sailed across the face of goal for a goal kick.

Despite the Buccaneers' dominance in the early exchanges, the deadlock would be broken by the hosts, who capitalised on some miscommunication for their opponents.

Iqraam Rayners was on the end of a defensive howler, getting the final touch past Wayne Sandilands to give Stellenbosch the league.

It could have been two, but Waseem Isaac could not add to Pirates misery soon after Stellies took the lead.

Linda Mntambo had a chance at the other end, but his effort was nothing to trouble de Jongh, as the hosts went into the first half on the lead.

Lorch has a chance to make it two goals in two matches against Stellenbosch in the second half, but his long-range missile was easily dealt with by De Jongh.

There were a few more opportunities for the visitors in the second half, but the best chance came off Mabasa, whose shot, four minutes from time came off the side of his boot, denying him of a fight goal of the season.

Despite dominance in attack from Pirates, Stellenbosch defence held firm, earning another three points to give them six in two matches, and their first win at home to leapfrog their opponents on the league standings.