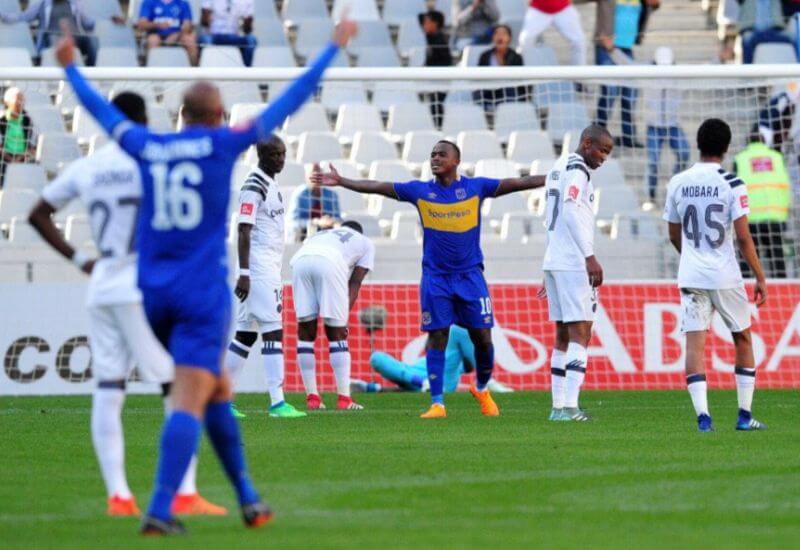 Orlando Pirates were downed 1-0 by Cape Town City courtesy of an Ayanda Patosi strike in an Absa Premiership clash played on Saturday. This was the third defeat in as many attempts for the Buccaneers as they end the season without a win in the Mother City.

The teams traded half chances through the first 30 minutes of the match, though neither really tested the goalkeepers Sage Stephens and Siyabonga Mpontshane.

The most notable incident was a Pirates appeal for a penalty in the 28th minute after Taariq Fielies appeared to use his upper arm to direct the ball away from Justin Shonga.

City then claimed the lead almost out of nowhere, as a chipped ball forward was beautifully chested by Lyle Lakay into the path of Ayanda Patosi, who fired a shot from just outside the box into the bottom corner of the net.

The Buccaneers had the ball in the back of the net through a fine finish from Thabo Qalinge in injury time at the end of the first half, but the attacker was flagged for offside and the goal was scratched off.

Qalinge was inches away from bringing the visitors level midway through the second half, as he cracked a fearsome volley from a dropping ball just inside the box, but was disappointed to see the effort rebound off the woodwork.

As the match wore on and Pirates began throwing more numbers forward, it was City who looked more likely to score with their pace on the counter attack. It was only through the lack of composure by Benni McCarthy’s men in the final third that failed to kill off their opponents.

Qalinge had yet another scoring chance when he was put through on goal in the 83rd minute, but he was unable to beat Stephens one-on-one, leaving Pirates to suffer only their second league defeat of the year since they were beaten in the Mother City by Ajax Cape Town back in January.