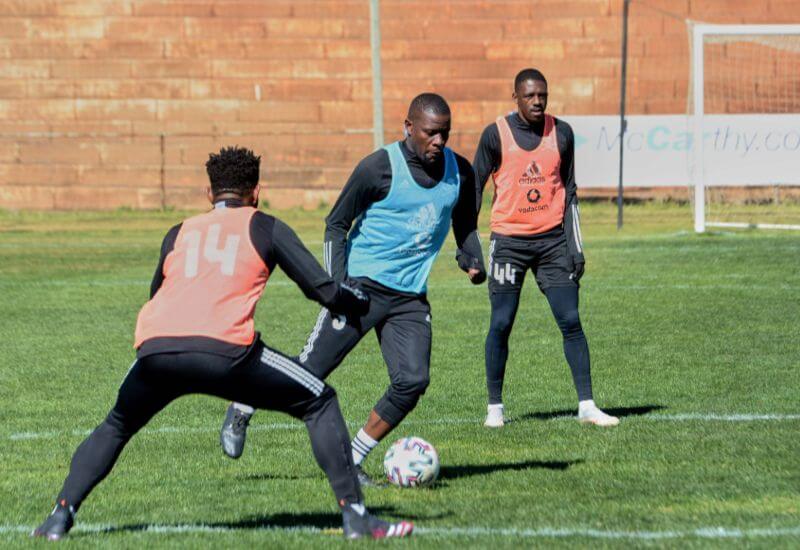 Raising the curtain ahead of the 2021/22 season is the titanic battle between South Africa’s biggest clubs, Orlando Pirates and Kaizer Chiefs, who contest the Carling Black Label Cup at Orlando Stadium on Sunday.

It is a unique competition, where fans get to determine the starting XI for each side, as well as choose penalty-takers and make substitutions, all through the power of the vote.

While the clash is billed as a preseason friendly, those who have followed one of the world’s fiercest football rivalries will be aware that there is nothing friendly once the two Soweto Giants cross the whitewash, and will expect the same as the fixture returns for the first time since 2019.

The Buccaneers are the holders of the Carling Black Label Cup, following a 2-0 victory in the last edition of the competition, thanks to first-half goals from Augustine Mulenga and Thembinkosi Lorch.

The result further cemented Pirates as the most successful team in the competition, with five wins to Chiefs’ three.

It was also the third time running where the winner was determined without the intervention of a penalty shootout.

Both sets of fans have chosen solid starting XIs, boasting both youth and experience.

The Buccaneers will be led by defender Thulani Hlatshwayo, who pairs up with the experienced Ntsikelelo Nyauza in the middle of the defence. Up front, the likes of striker Gabadinho Mhango along with attacking midfielders Deon Hotto and Thembinkosi Lorch are expected to provide a sizeable goal-scoring threat.

They will have to do without regular starters in Club captain Happy Jele, and the ever-popular Vincent Pule, as well as strikers Tshegofatso Mabasa and Zakhele Lepasa, who have all pulled out due to injury.

Amakhosi, on the other hand, will be skippered by the experienced Itumeleng Khune, while star midfielder Lebogang Manyama is a notable name among those who will be sitting the game out.