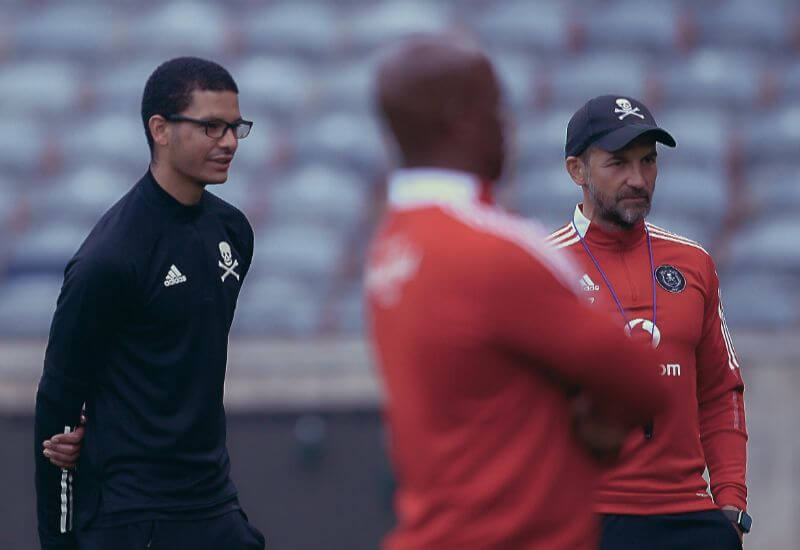 The fans have had their say, and the starting XIs have been decided for the Carling Black Label Cup encounter between Orlando Pirates and Kaizer Chiefs at Orlando Stadium on Sunday.

The much-anticipated fixture returns for the first time in a little over two years, and will be the first game of such nature for a number of players who were not part of either squad during the last edition of the competition.

Nevertheless, it promises to be a titanic clash, just as that promise has been delivered on since the competition’s inception in 2011, and Orlandopiratesfc.com has compiled a list of some key battles to look forward to when the Soweto rivals lock horns.

After finishing what was an injury-affected season strong, Buccaneers striker Gabadinho Mhango is looking to build some scoring momentum ahead of the upcoming campaign, and there is no better place to start than against Amakhosi. The Malawian marksman will however be closely watched by the Chiefs defence, particularly the ever-reliable Erick Mathoho.

Leading the Buccaneers ship is experienced defender Thulani Hlatshwayo who, along with Ntsikelelo Nyauza, Wayde Jooste, and Innocent Maela have been entrusted by the spectators to provide a solid shield at the back. The skipper will be marshalling the defence against the Glamour Boys’ potent attacking firepower, led by Serbian striker Samir Nurković.

Some fierce battles are also expected in the middle of the park, where Pirates fans will look to the ever combat-ready Ben Motshwari - known to go about his business quietly, but effectively. Playing a similar role for Chiefs is rising star Njabulo Blom, and the match-up between the two will be one to look out for.