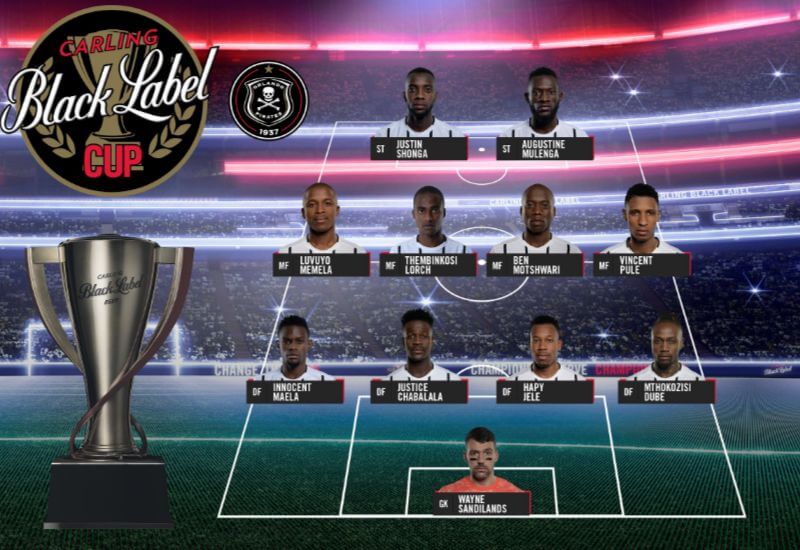 The squads that will do battle for the 2019 Carling Black Label Cup has been announced.

To all the Champions; your voice has been heard and you have selected your starting line-up for the Mighty Buccaneers.

Here is your starting XI:

Orlando Pirates are set to lock horns with their Soweto rivals Kaizer Chiefs in the 8th edition of the Carling Black Label Cup. The Buccaneers have won the pre-season event four times to Amakhosi’s three; with Pirates winning all four matches via a penalty shootout.

Amakhosi supporters have also selected their troops for the match on the 27th and here is their starting XI:

Thank you to all who were involved in this unique event where the supporters, and not the coaches, are responsible for selecting the starting eleven of a team.