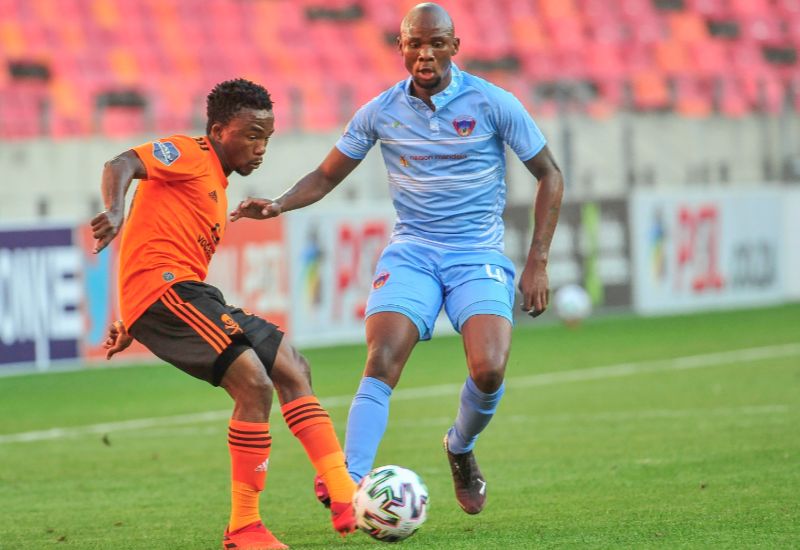 Orlando Pirates have moved up to second place in the DStv Premiership following a comfortable 3-0 victory against Chippa United on Saturday.

After claiming three points at home in midweek, Josef Zinnbauer's men headed to the Windy City looking for more of the same at a venue (Nelson Mandela Bay Stadium) where results have favoured them in recent years.

The visitors had early control of proceedings, regularly pushing up to the opposition half, but with minimal clear-cut chances in the opening exchanges.

An opportunity fell the way of the Buccaneers in the 21st minute, when Vincent Pule was dispossessed inches from the goal-line before Paseka Mako showed good feet to create space for a shot, which was blocked by the sea of blue shirts inside the box.

It would be until six minutes from the break before the deadlock was broken, and that would be through a combination of a good turnover play and a bit of luck.

The move began when Ben Motshwari made a key intercept inside his half, and the ball found itself well into Chippa territory, where Deon Hotto had made an excellent run.

The Namibian international was the beneficiary of some lax defence from the hosts, which allowed Hotto to calmly slot the ball into an empty net for the opener.

One quickly turned into two, and again, the home side's defence had a hand in the goal.

Fortune Makaringe was played in by Hotto, and his intended cross was deflected into the net by Riaan Hanamub to hand the Soweto Giants a 2-0 lead.

The second half was more about game management, as Pirates sought to preserve their advantage.

However, keeper Richard Ofori was kept busy at the other end, as he had to make a brilliant save in the 67th minute to push out what seemed like a goal-bound header.

Despite Chippa's confident display for much of the half, the next goal would come from the visiting team, and it was through Ben Motshwari.

The midfielder was teed up by Paseka Mako, and made no mistake as he guided the ball into the net for Pirates' third of the afternoon.

Three-nil was how things ended, as the Buccaneers walked off with maximum points from Nelson Mandela Bay Stadium.