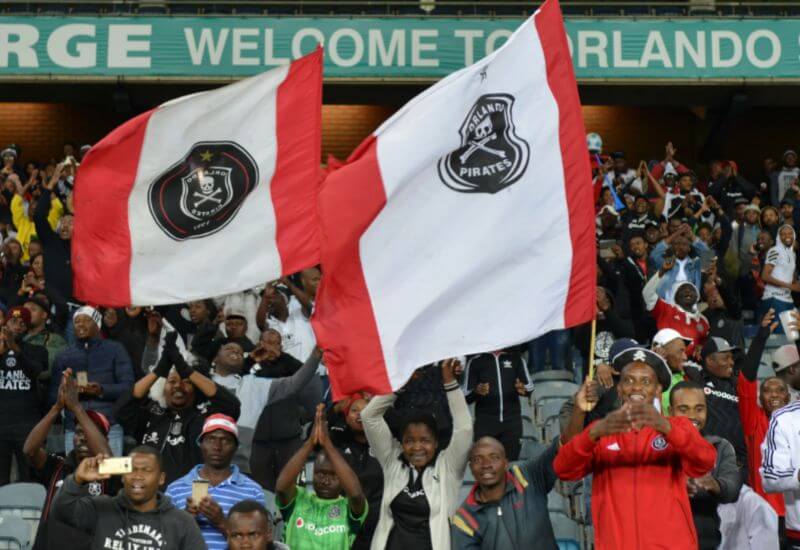 With every swashbuckling tale of the mythical seven seas, there are side anecdotes which follow the marauding exploits of those who rule the waters. From the likes of Captain Kidd, Henry Morgan and ‘Blackbeard’… to the more Hollywood renowned Jack Sparrow, Captain Hook and Davey Jones, all these exponents of the high seas had their vices which endeared them – and also brought fear – to those that were around.

Orlando Pirates, whose name is the stuff of legend and born of an Errol Flynn pirate movie, is no different. While Captain Hook had his “hook”, Davey Jones could walk through walls and Jack Sparrow had his famous Black Pearl, the Pirates of Soweto have The Ghost.

The fabled and fanatical support base of the Buccaneers is the lifeblood of the Club and on more than one occasion, have been the difference between the contrasting fortunes that have pushed the Club to great heights in the illustrious eight decades of existence.

And after witnessing the scenes of love that the Once & Always Mighty Buccaneers received from the supporters in Bulawayo this past weekend, the Club will be rewarding and encouraging its fans to continue coming in numbers to push the CAF Champions League campaign in our home matches this season. To be strong in enemy territory, you need to have an even stronger home base and foundation, and this is where we are going, making Orlando Stadium an impenetrable fortress.

All the fans buying a ticket for each CAF Champions League home match, starting this Friday at 18H00 at Orlando Stadium, will be entered into a draw through their ticket number to win one of five R1000 cash prizes, as well as one of five Orlando Pirates jerseys signed by the Captain of the Ship, Happy Jele and his Naval Commander, Milutin Sredojevic.

''We value our fans' everlasting support, and hope that this initiative will push The Ghost even more to come in numbers to support our cause. We have a crucial match against Horoya at Orlando Stadium on Friday, and this will set the tone for our campaign. We need to show the opposition that Orlando is a fortress and that our multitude of supporters is behind the team,'' said Jele.

The draw for the prizes will be made at half time, and the winning fans will be able to collect their prizes at the end of the match pitch-side, upon presentation of their winning match ticket.