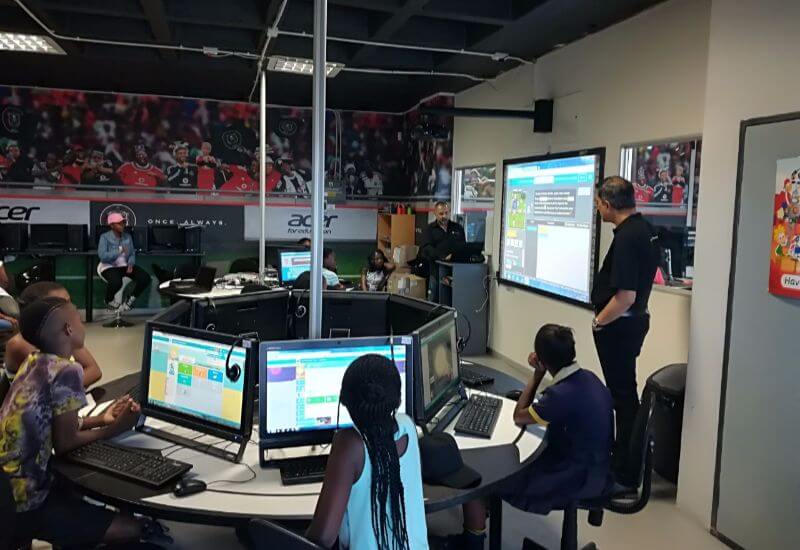 The Orlando Pirates Learning Centre has been participating in Computer Science Education Week by running various programmes for the students around Orlando, with the first programme seeing around 100 primary school students from the centre’s partnering schools participating. Microsoft staff were on hand to introduce digital skills and Computer Science to youth and demystify the misconception of Computer Science being an inaccessible and difficult subject. The students thoroughly enjoyed the programme and were thrilled to receive certificates at the end to say they had completed their first hour of coding.

The next programme was run for the remainder of the week where young adults from the community came to the Learning Centre to learn about the coding behind creating their own websites. Code 4 Change partnered with the Learning Centre to deliver this programme to the young people who usually volunteer at the Centre, helping them to empower themselves and gain vital skills which will be useful when they go into the workplace of the future.