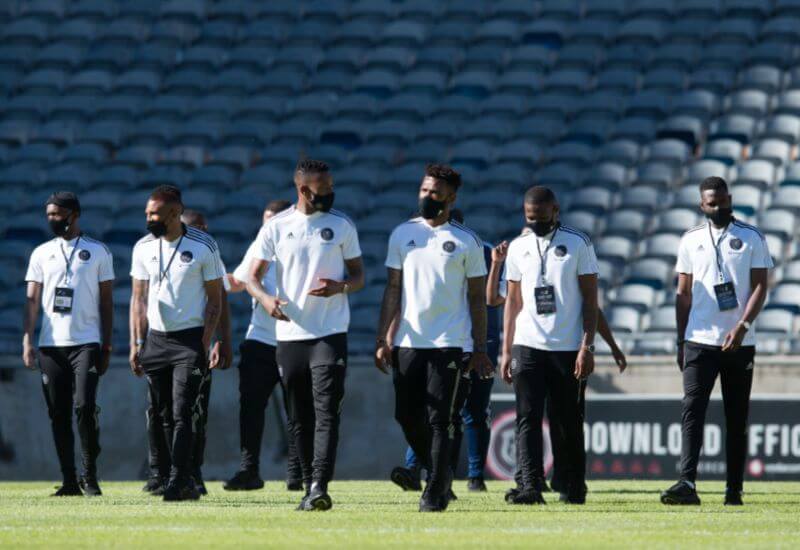 Orlando Pirates will know who stands in their way for qualification into the group stages of the 2021 CAF Confederation Cup today.

The Buccaneers, who secured passage to this round courtesy of a hard fought 1-0 aggregate victory over CSMD Diables Noir from Congo, will go into a draw alongside 31 other teams.

The makeup of the 32 teams consists of 16 teams from the CAF Confederation Cup and 16 teams that were knocked out from the previous round of the CAF Champions League.

Winners of this round will qualify for the group stages of the competition.

Teams in this round include Tanzanian giants Simba FC who were surprisingly dumped out of the CAF Champions League by Jwaneng Galaxy (Botswana).

TP Mazembe – the perennial representatives of the continental competitions, have been knocked out by Amazulu and will also be competing in the Confederation Cup.

Other notable teams that will contest in this round are: Enyimba (Nigeria), Pyramids FC (Egypt), RS Berkane (Morocco), CS Sfaxien (Tunisia) and Cotonsport (Cameroon).

According to CAF, the last qualifying round games first leg will hold on any of the three days from November 26 to 28, while the return legs will hold from any day in December between 3 to 5, 2021.