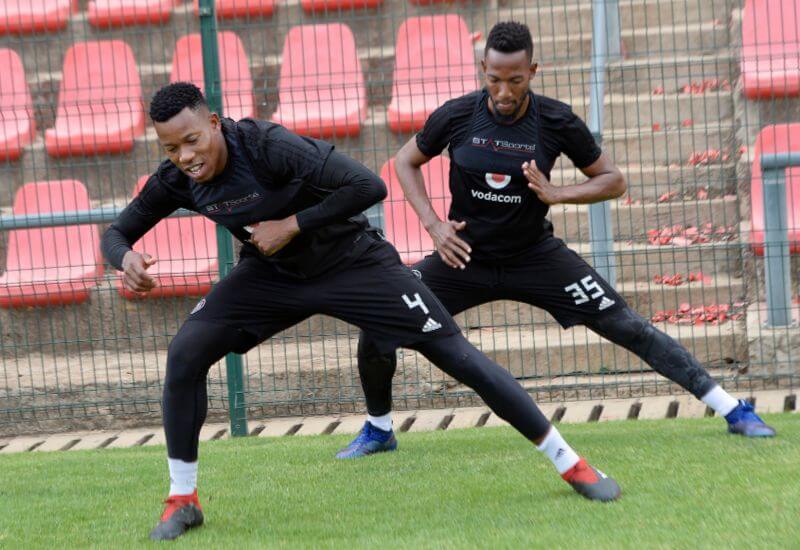 Holiday season is officially over here at Pirates, and in the proverbial swashbuckling terminology of the high seas, it’s “All hands on deck!” as the staff return to the ship today following a two-week break over the December holidays.

For the playing personnel however, it has been a different as they have been hard at work as they prepare for the restart of the Absa Premiership this weekend. Micho Sredojević and Rhulani Mokwena have been taking the players through their paces from December 29 in preparation for the clash against Highlands Park on Saturday.

The name Highlands Park has been synonymous with local football for decades, however the Larry Brookstone-owned version has only been around since 2003, with these two sides having previously faced each other three times in the PSL era.

Seven points separate second placed Pirates and the Lions of the North, who sit in eighth position however, when it comes to head-to-head encounters it couldn’t be any closer.

Despite a total of six goals having been scored in the three games involving these two sides, there still has been no winner determined with all three games ending in stalemates.

Outside of the league match ups, the Buccaneers have been able to get one over the Lions of the North in the Telkom Knockout Cup in 2016 with Tendai Ndoro netting the winner in Pirates’ 2-1 win.

The Zimbabwean hitman who is now on the other side of the fence, is the top goal scorer in this fixture with three goals (two in league and one in cup) in the four matches involving these sides.

Tickets for this upcoming encounter are currently on sale at Shoprite and Computicket outlets nationwide as well from the Abbies Shopping Centre near the ZCC Church at Tshepo Section in Tembisa. No tickets will be sold from stadium on matchday.