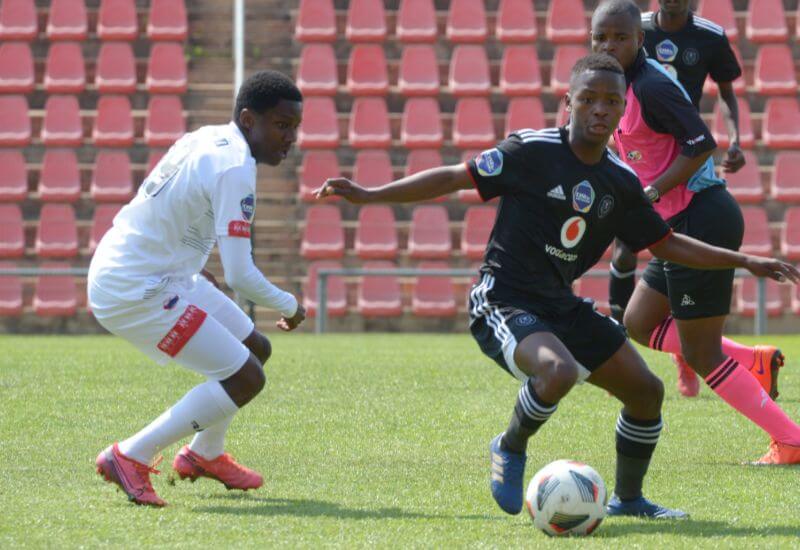 Fresh off a heavy defeat in their opening game, the young Buccaneers were looking to make amends and put points on the board early in their campaign.

It was the visitors who looked to pose danger early on, with Pirates keeper Elson Sithole forced into a save in the fifth minute.

The hosts had a chance in the 17th minute when last season’s top goal scorer Boitumelo Radiopane shot from close range after being played in by Siphamandla Mdunge, only to be denied by the keeper.

It was a busy afternoon for the Bucs striker, who could have sent his side into the tunnel 1-0 up, as he shot just wide after benefitting from good interplay between Lungile Makambi and Thabiso Monyane five minutes from the break.

Shortly after the restart, Chippa were reduced to ten men, and this spurred the Bucs Reserves into making full use of their numerical advantage.

The breakthrough however continued to elude them, until the 81st minute when the pressure told on Chippa, resulting in Mohau Nkota pouncing on a loose ball to fire in from a tight angle.

There was an opportunity for the visitors late in the game, but Sithole made a fine stop to preserve the Buccaneers’ lead.

The solitary goal was all that was needed at the end, as the Bucs Reserves got off the mark with a well-deserved win.

A new look for Pirates in a season reborn