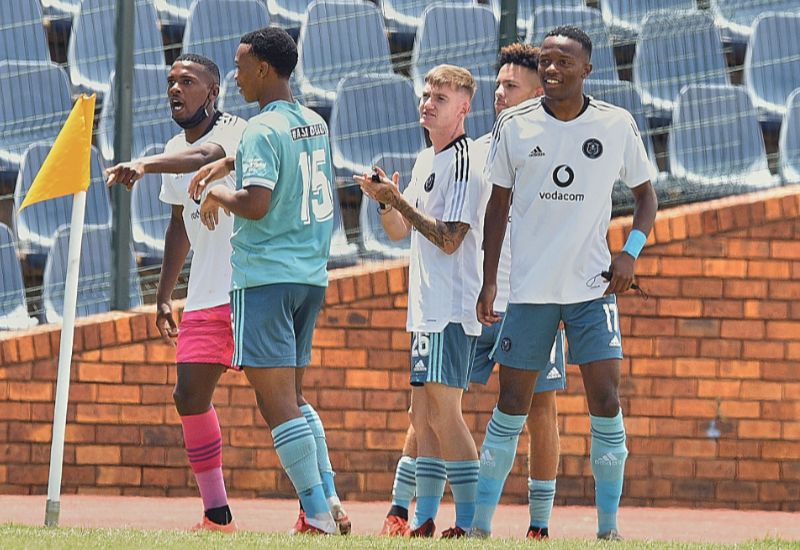 Orlando Pirates Reserves head back to Makhulong Stadium on Sunday, where they will take on Baroka in a bid to keep their DStv Diski Challenge campaign alive.

Just two game weeks remain before the season is concluded, and the Bucs Reserves have to win both their remaining fixtures to have a shot at the title.

This is after their fate in the competition slipped from their hands, following a defeat to log-leaders Stellenbosch in last weekend’s blockbuster encounter, which finished 2-1 in favour of the team from the Cape Winelands.

It’s a result that dropped them to third place in the standings - leapfrogged by SuperSport United - after a stretch of ten fixtures that brought them just three wins and 11 points in total.

Now four points behind the log leaders, Pirates will have to produce the goods on their end, while hoping fortune favours them in terms results in the parallel fixtures involving the top two.

The Bucs Reserves’ poor form is however a recent occurrence compared to their Baroka counterparts, who go into the last two weeks of the competition only looking to salvage some pride. This is after collecting just 13 points the whole of 2022 to go into the penultimate game week in 13th position, with no chance of finishing in the top half of the table.

The young Bakgakga have failed to score in each of their last two matches, shipping five goals in the process, and can only go up to ninth, should they overturn their form and win their remaining games.

Confidence should be on Pirates’ side heading into this particular fixture, having enjoyed some dominance over Baroka at this level in recent years.

The Bucs Reserves have completed two straightforward wins over the Limpopo-based outfit in their last two attempts, netting six goals while conceding once, and will be in search of a league double after their 2-0 win earlier in the season.

In spite of this, things are evenly poised as far as historical results are concerned, with each side enjoying two wins over the other in their last five meetings with one draw between them.

How to Watch Orlando Pirates Reserves vs Baroka Reserves

Kick-off is at 12:30, and the game will stream live on SuperSport Variety 4 (209) on DStv. Live updates will be available across Orlando Pirates social media platforms throughout the duration of the game.