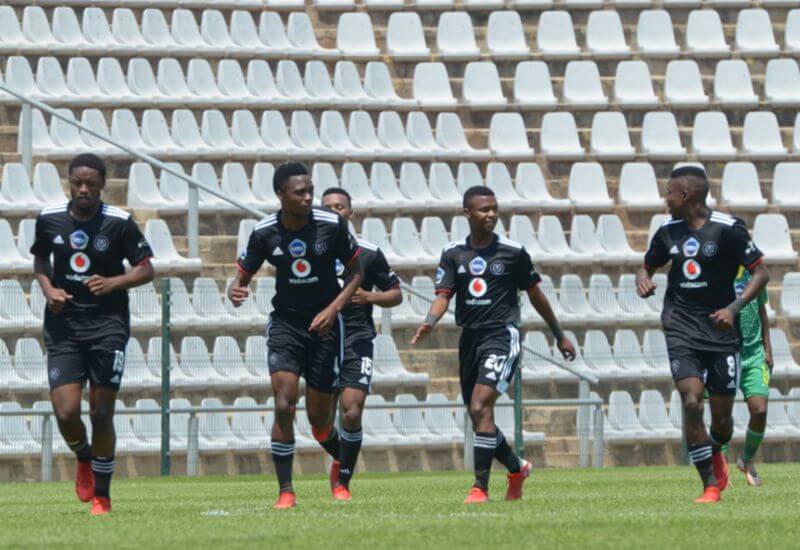 Orlando Pirates Reserves will be looking to make it two victories in as many matches, as they host Golden Arrows in the DSTV Diski Challenge at Rand Stadium on Sunday morning.

The young Buccaneers remain unbeaten on their home turf, where they have dispatched Chippa United and Baroka in the early stages of the competition.

It has been the contrary for Arrows, who have had a tough time of it in the ongoing campaign, drawing three and losing two with a solitary victory to show for their efforts.

Their last result was a defeat to Stellenbosch, and they will be looking to overturn their fortunes on Sunday.

However, they are up against a side equally desperate for victory, with things proving tight at the top of the standings.

The Buccaneers are among the early pace-setters, and sit just a point behind top spot, despite being derailed by a defeat on their last venture on the road.

They registered a hard-fought victory at home to Baroka in their last outing and will be aiming to build a streak of victories ahead of more tough fixtures lying on the horizon.

The unique format of the previous season meant that the two sides managed to avoid one another in the DSTV Diski Challenge Rewired campaign.

A brace from Sifiso Luthuli and another goal from Academy graduate Simiso Bophela handed the Buccaneers Reserves a convincing 3-0 victory the last time they locked horns with Abafana Bes’thende. This was after a 1-1 draw in the reverse fixture.

This indicated a shift in momentum after a period of dominance enjoyed by Arrows in the early years of the competition.