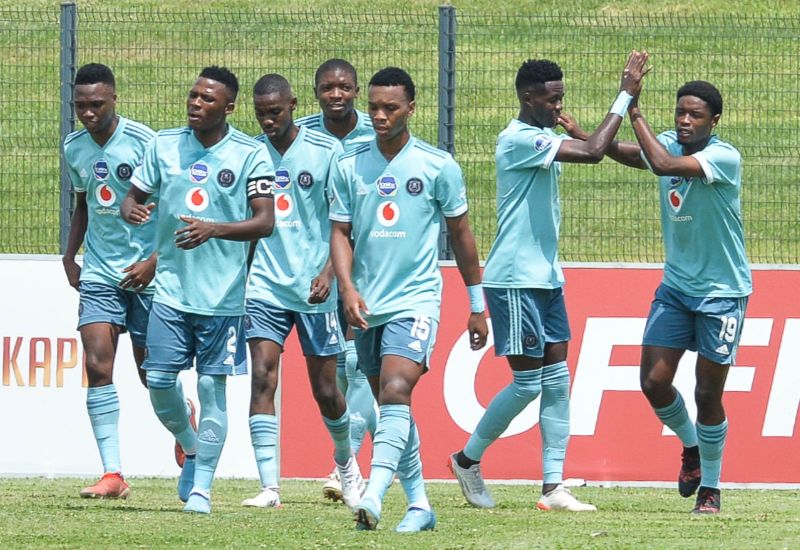 Orlando Pirates Reserves next take their DStv Diski Challenge (DDC) campaign to KwaZulu-Natal, where they will do battle with Golden Arrows at Princess Magogo Stadium on Saturday.

The current season looks to be heading to a photo finish with half a dozen games remaining until the destination of the title is decided.

The Bucs Reserves remain one of the few teams still realistically in the race, trailing log leaders Stellenbosch by a single, with third-placed SuperSport United also somewhere on the horizon.

They will however rue a series of missed opportunities encountered across their last few fixtures, which have seen them lose their grip on top spot - a position they had held for most of their campaign.

The Buccaneers’ last outing was another such fixture, a goalless draw against bitter rivals Kaizer Chiefs. The result meant two more points were dropped over the past month, which has been a period of rather slim pickings for the Sea Robbers.

The point earned against Chiefs Reserves was Pirates’ fourth in five matches played since the beginning of March, with the other three coming in an away win over TS Galaxy almost four weeks to the day.

There will be no time to mull over their recent misfortunes ahead of facing a Golden Arrows outfit fresh off a disappointment of their own after also picking up a solitary point away to Cape Town City in their last outing.

The young Abafana Bes’thende have however had the better month compared to their Bucs counterparts, as far as the points column is concerned.

In their last five games, the Durbanites have collected six points through a single win and three stalemates, losing just once.

The two sides last met earlier in the season during a period when the Bucs Reserves were piling on the goals against all comers.

On that occasion, Pirates put four goals past the former champions, who responded with just one of their own as Boitumelo Radiopane grabbed a brace, while Mohau Nkota and Thabiso Monyane each chipped in with one apiece.

It was the second successive occasion where the Buccaneers had prevailed with a three-goal margin in this fixture, but Durban outfit still maintains the upper hand with regards to past results, with three wins to the Soweto Giants’ two.

Kick-off on Saturday is at 12:00. The game will not be televised, but you can follow the action by keeping an eye on live updates across Orlando Pirates social media platforms.