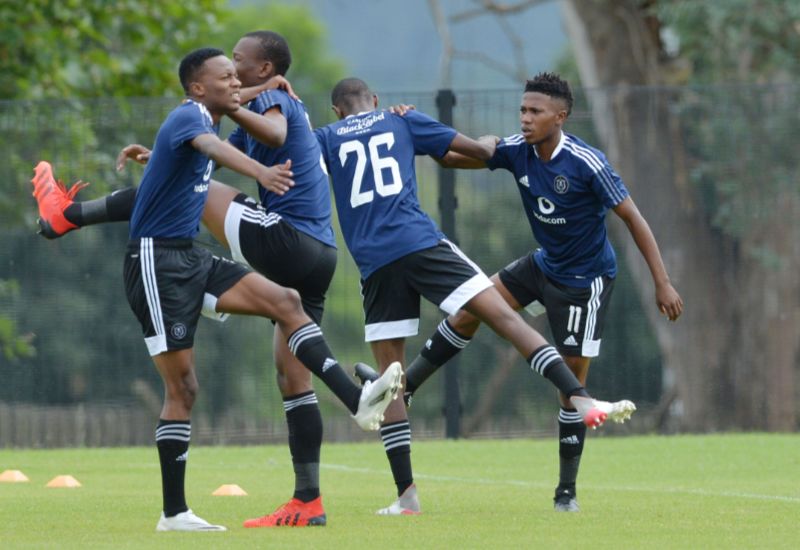 A big fixture awaits Orlando Pirates Reserves, as they prepare to face off against traditional rivals Kaizer Chiefs in the DStv Diski Challenge (DDC) on Saturday.

The two Soweto rivals do battle at Bidvest Stadium in an all important fixture for the Bucs Reserves who seek a way back to top spot in the standings after relinquishing the coveted position to Stellenbosch over the past week.

The young Buccaneers slipped to second place after a costly home defeat at the hands of their SuperSport United counterparts, continuing what has been a turbulent spell in their pursuit for their first DDC title.

It was the first time Pirates had suffered two defeats on the bounce in the ongoing campaign, extending what has been a tricky period in terms of results.

In their last seven outings, the Bucs Reserves have been on the winning side just twice, losing four times - a turn of events that has seen their once-substantial lead at the top diminish significantly.

Standing between them and possibly returning to the top of the pile is the Kaizer Chiefs Reserves, who have won five of their last seven fixtures.

Amakhosi have had an up and down season of their own, but seem to have hit their stride in the latter stages of the campaign, dragging themselves up to sixth place with 12 wins so far.

With two wins in as many matches, the men from Naturena will be going into the clash rather confident against their rivals, who have had the opposite turn of results over the same period.

“Bragging rights” is a phrase often bandied about whenever an Orlando Pirates outfit has to face Kaizer Chiefs, and at the moment that honour at this level is currently held by the Glamour Boys, who were victorious the last time these two sides met.

Prior to that, the Buccaneers had registered three straight wins over their fierce rivals, which were preceded by two draws and a win apiece for each side in their earlier encounters at this level.

How to Watch Orlando Pirates Reserves vs Kaizer Chiefs Reserves

The game kicks off at 12:30 and will be broadcast live on SuperSport PSL and Variety 4. Orlando Pirates will also provide live updates across the Club’s social media platforms.