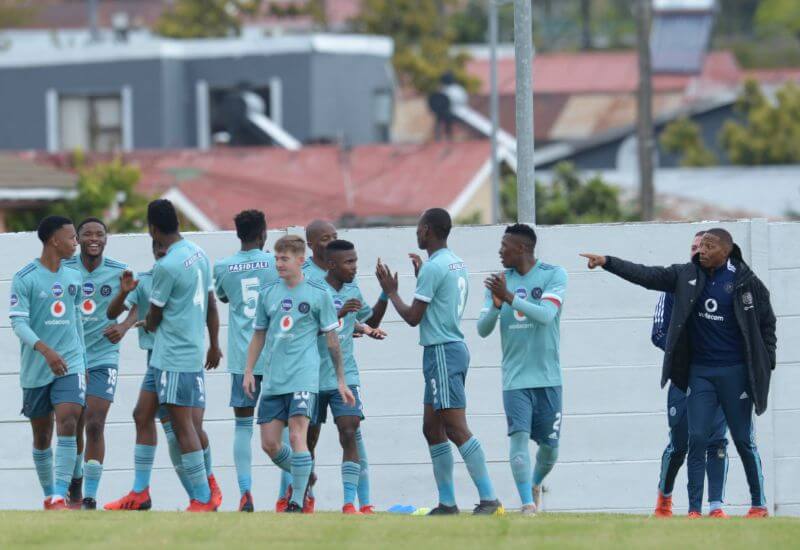 Orlando Pirates Reserves step into the New Year with a tricky assignment, an away trip to Lucas Moripe Stadium where they will meet their Mamelodi Sundowns counterparts on Sunday.

As the DStv Diski Challenge returns, the clash between two of the biggest names in South African football will be a fitting show-stopper to an exciting weekend of action.

For the Bucs Reserves, the aim will be to pick up where they left off before the mid-season hiatus, which followed an impressive spell of six straight victories.

As a result, Mandla Qhogi’s charges went into the break sitting pretty at the top of the log, three-points clear of second placed Stellenbosch.

There’s an eight-point gap between themselves and Saturday’s opponents, who sit in fourth place in the standings.

Sundowns will have been happy to head into the break after suffering three consecutive defeats, finding the net just once in the process.

They will however look to summon back the form that preceded the slump, having gone on a five-match winning streak, scalping big names such as Kaizer Chiefs and Swallows.

The fixture has been a tight affair in recent years, with a single goal separating the two sides in their last two encounters.

Each side recorded a 1-0 win in their last two meetings after they had played to a thrilling 2-2 draw in the fixture prior to that.

The Bucs Reserves have a slight edge in their last five encounters, having collected two wins to Sundowns’ one, with the other two matches ending in a stalemate.

How to Watch Pirates Reserves vs Sundowns Reserves

The game kicks off at 14:30 and will be broadcast live on SuperSport Variety 4. Live updates will be provided across Orlando Pirates social media platforms.