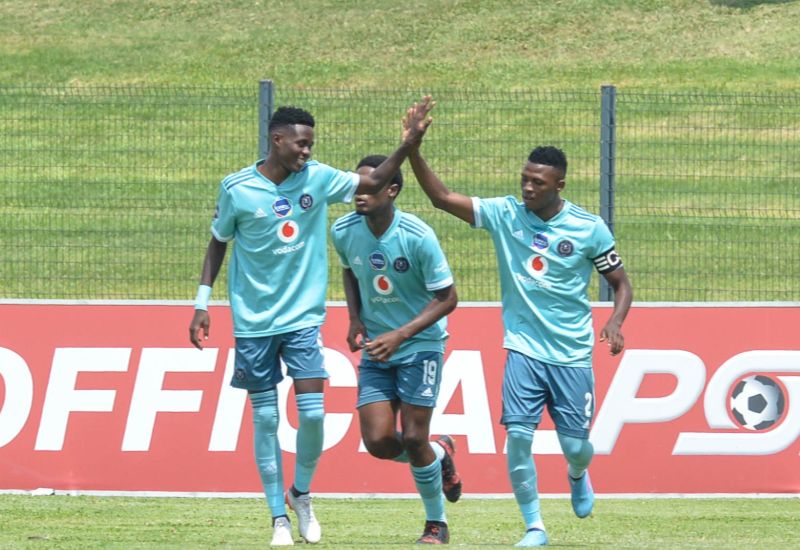 Orlando Pirates Reserves trek down to KwaZulu-Natal once more for a DStv Diski Challenge fixture against Maritzburg United at Harry Gwala Stadium on Saturday morning.

With eight fixtures remaining for each team in the Reserve League this season, the fate of the young Buccaneers still remains in their hands as they hang on to top spot with just two points keeping them ahead of the chasing pack.

A disappointing outing at home last weekend handed them their sixth defeat of the season, which was also their second in as many home games.

The past month has seen the Bucs Reserves endure a difficult spell, with just two wins in their last six games, collecting a disappointing seven points with just eight goals scored.

Their last victory came on the road, and they will hope for more of the same in Pietermaritzburg as they seek to stave off the competition.

However, standing between them and three points is a side desperate to climb out of the bottom half of the table.

Maritzburg are in 10th position with just six wins to their name this season, and come off a disappointing home defeat in their last outing.

Like the Buccaneers, the Team of Choice has registered two wins in their last six games, but have fared slightly better under the points column with eight collected during this period.

The home side will be looking to avoid a double, following their heavy defeat suffered earlier in the season where the Bucs Reserves ran off 3-0 winners, with Mohau Nkota - who registered a brace on the day - and Boitumelo Radiopane both getting on the scoresheet.

That was a repeat of the previous result between these two sides, where Radiopane netted twice before Simiso Bophela rounded off the scoring in injury time.

Maritzburg have however come off on the winning side in recent years in this fixture, winning 3-1 in November 2019, but Pirates have been the slightly more dominant side head-to-head, winning three of their last five encounters.

How to Watch Maritzburg United Reserves vs Orlando Pirates Reserves

The game has been scheduled for an early kick-off at 10:00, and will not be broadcast live. You can keep an eye on the action by following live updates that will be provided across Orlando Pirates’ social media platforms.