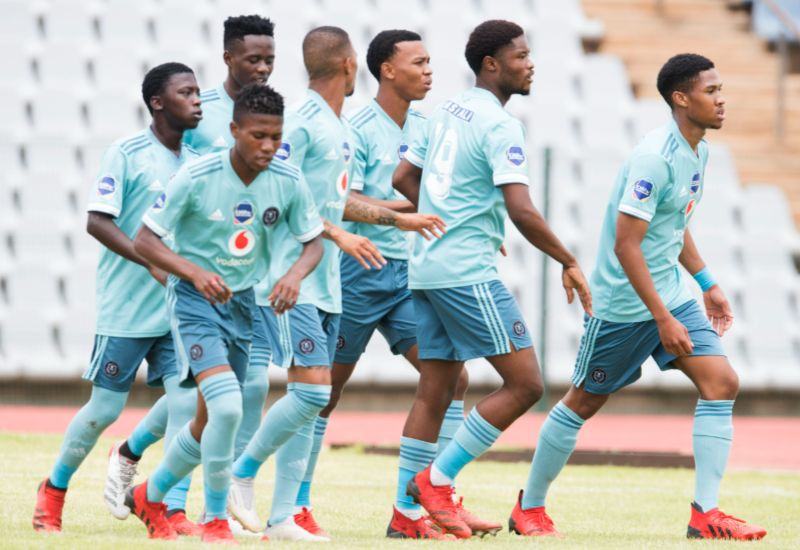 Orlando Pirates Reserves travel to Polokwane for their next task in the DStv Diski Challenge, where they have a date with their Marumo Gallants counterparts at the Old Peter Mokaba Stadium on Sunday.

Only a handful of fixtures remain in the competition before a new champion is crowned, and Mandla Qhogi’s troops remain in the running, with just a single point separating them from log-leaders Stellenbosch FC.

A return to winning ways is however required if the Bucs Reserves are to stay in the hunt for the title, following a miserable few weeks as far as results are concerned.

With 16 victories collected throughout the season, Pirates have the joint-highest figure under the win column, but the last of those triumphs dates back to mid-March, when they beat TS Galaxy on the road.

Since then, it has been tough going for the young Buccaneers, who have suffered three defeats and picked up just two points in their last five fixtures, a far cry from the side that began the season like a house on fire.

While the visitors seek to fight their way back to the top of the standings, the home side will be aiming to take a big step towards avoiding finishing with the wooden spoon when the two sides meet on Sunday.

With just four wins and 18 defeats this season, Gallants have found the going tough in the competition and are currently placed at the bottom of the table.

They have had a more recent taste of victory than their next opponents however, beating provincial rivals Baroka 1-0 earlier in the month.

Nevertheless, that win remains their only source of log points across their last five outings, where they have suffered four defeats, including two on home turf.

Pirates Reserves have only met the Limpopo-based outfit once at this level, and that encounter took place at Rand Stadium in November last year.

The Soweto Giants ran amok on that occasion, netting six unanswered goals as Mohau Nkota and Boitumelo Radiopane contributed two apiece, while Ndumiso Ngiba and Thabiso Monyane also chipped in with goals of their own.

How to Follow Orlando Pirates Reserves vs Marumo Gallants Reserves

The game kicks off at 12:00 and will not be televised. Live updates will be provided across Orlando Pirates social media platforms.