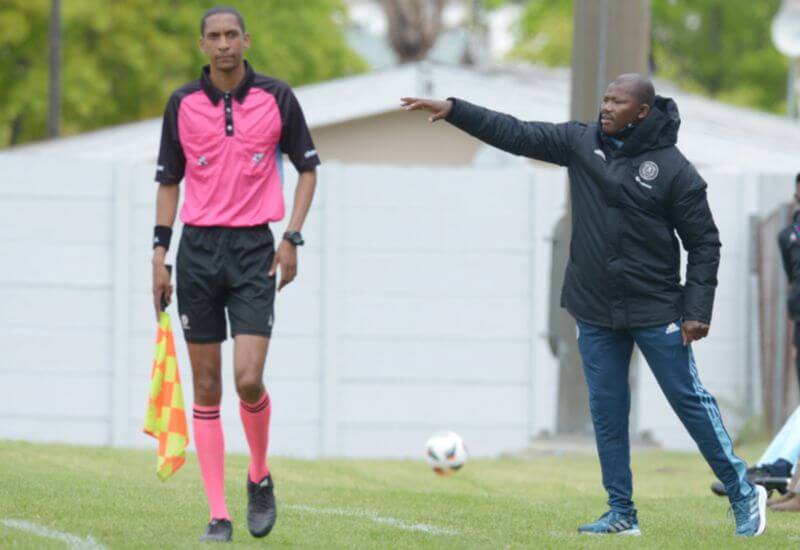 Orlando Pirates Reserves trek down to Brakpan, where they take on Sekhukhune United at Tsakane Stadium in their next DSTV Diski Challenge (DDC) assignment.

The high-flying Buccaneers will be one of the four teams on show at the venue on Saturday when the weekend’s action kicks off.

For Mandla Qhogi’s young charges, it will be a case of stretching their impressive winning run, as they look to remain in the hunt for the title.

Now second on the standings, Pirates Reserves have gone four fixtures without dropping a point, racking up an impressive tally of goals in the process.

Since suffering their last defeat early in October, they have netted 15 goals in four matches, conceding just once.

It’s been almost a direct contrast for the team they are facing on Saturday, who have one win to show over the same period.

Sekhukhune’s last victory was an emphatic 3-0 result over Royal AM on 16 October.

They have since only netted once in three outings while conceding 10 goals on their way to three straight defeats.

Their recent run of form has dumped them to the bottom half of the table, after tallying up just nine points in as many matches to sit in 13th place.

Saturday’s fixture will present the Bucs Reserves their first opportunity to complete a league double over one of their DDC rivals.

In the reverse fixture, it took a wonder-strike from Sonwabo Khumalo to separate the two sides, as Pirates ran off 1-0 victors at Dobsonville Stadium.

The clash on Saturday will not only be these two sides’ second encounter this season, but also their second meeting in history.

How to Watch Pirates Reserves vs Sekhukhune Reserves

The game will be televised on SuperSport PSL and Variety 4. You can also catch live updates on Orlando Pirates’ social media platforms. Kick-off is at 12:30.