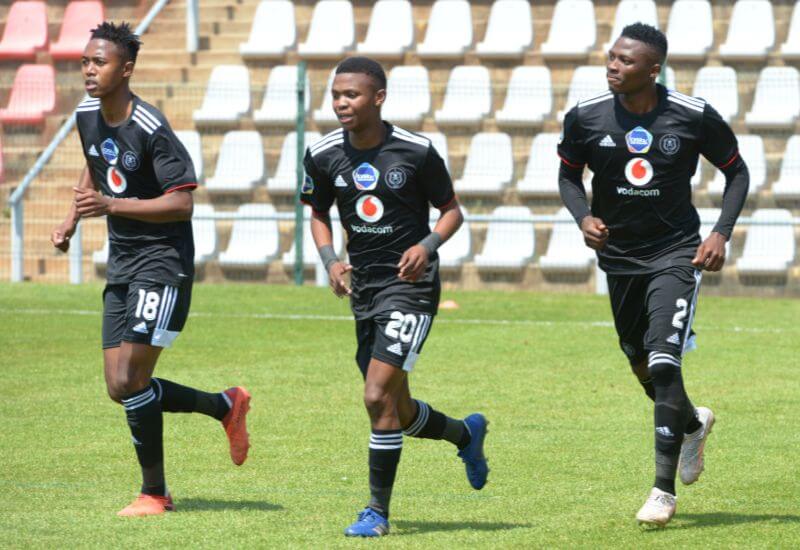 Orlando Pirates Reserves will be looking to make winning a habit, as they trek down to Dobsonville Stadium to face DStv Diski Challenge (DDC) newcomers Sekhukhune United on Saturday morning.

The match holds some historical significance, being the first between the two sides at this level of competition.

This has tasked the Buccaneers with some stringent homework as they prepare to come up against a side many would regard as an unknown quantity.

Head Coach Mandla Qhogi has admitted that it’s been difficult to gauge what to expect from the Limpopo side, who have played both their DDC fixtures far from the gaze of broadcast cameras.

“It has been difficult, but at Orlando Pirates we know that when opponents come against us, they double their efforts,” Qhogi said. “It’s up to us now to show character and make sure that we play our normal football and dominate on the day.”

In their first two matches in the Reserve League, Sekhukhune have bagged three points, scalping a big name in Supersport United, who they beat 1-0 in their last outing.

Qhogi cited their last result as one of the main reasons why Sekhukhune should not be underestimated.

“It’s important that we don’t undermine our opponents,” he added. “If you look at their previous results, they won against Supersport. This means that they are not a team you should underestimate. We need to give everything we have in order to win.”

Sekhukhune’s victory came after defeat in their opener, a 2-1 loss at the hands of Maritzburg United.

Sporting an identical record as far as the “won” and “lost” columns are concerned are the Bucs Reserves, who too bounced back from a far from ideal start against rivals Kaizer Chiefs by clinching a hard-fought 1-0 victory over Chippa United at Rand Stadium.

Qhogi says the result against the Chilli Boys was crucial in uplifting the players’ confidence.

“After we lost, there might have been some doubts from the players on whether they were good enough to put on the Pirates badge. The win was an important result because it lifted their belief in themselves.”

The game between Pirates and Sekhukhune kicks off the weekend’s DDC action, and gets underway at 10:00.