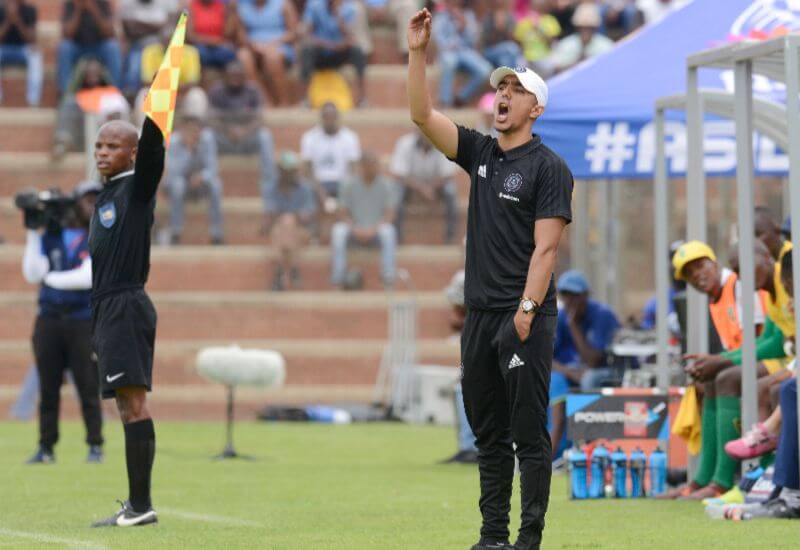 Orlando Pirates travel to the Eastern Cape this weekend to play their final league match of the Multichoice Diski Challenge against Chippa United.

In a match that is nothing more than a formality, following last week’s defeat to Golden Arrows, the Bucs will hope to salvage some pride to cap off a season in which it’s safe to say the fate of their title aspirations lay within their grasp.

MDC coach, Rayaan Jacobs, came off a week that needed to see the Bucs bounce back from a 2-0 defeat that would ultimately hand the title to Arrows, and he caught up with Orlandopiratesfc.com to share his views on the season so far, and more importantly, the weekend’s fixture.

The season, in short

“It has been an average season by our standards. We started well and ended well but experienced a tough middle patch where we dropped points and lost games which we should have won. From that perspective it’s disappointing because overall, we felt like we could go all the way this season, and if you look at some of the results that derailed us, we now find ourselves in our current situation.”

“Looking at the positives, we have more wins than last season and have played a better brand of football as well. We are not quite where we want to be in terms of our application, but there is positivity in that we are currently also 4 places better than where we finished last season, and we still have a game to play.”

“We’ve got a session today so we’ll look at the squad and make our final decision. There may be one or two changes, but we’ve largely kept a consistent squad in all our games. We had a difficult start to the week, so fresh from defeat against Arrows, but we’ve rested and recovered and trained hard as well. We put in a good shift against the first team as well so that definitely pushed the motivation and intensity levels higher.”

“We have one objective this weekend, and that’s flying back to Johannesburg with all three points. We can still finish third if we win our game and other results go our way. It’s not ideal obviously, but a top three finish will be more respectable for us, and it will certainly give us the momentum to push on from there for next season.”

Maela: "We Must Not Play the Occasion"