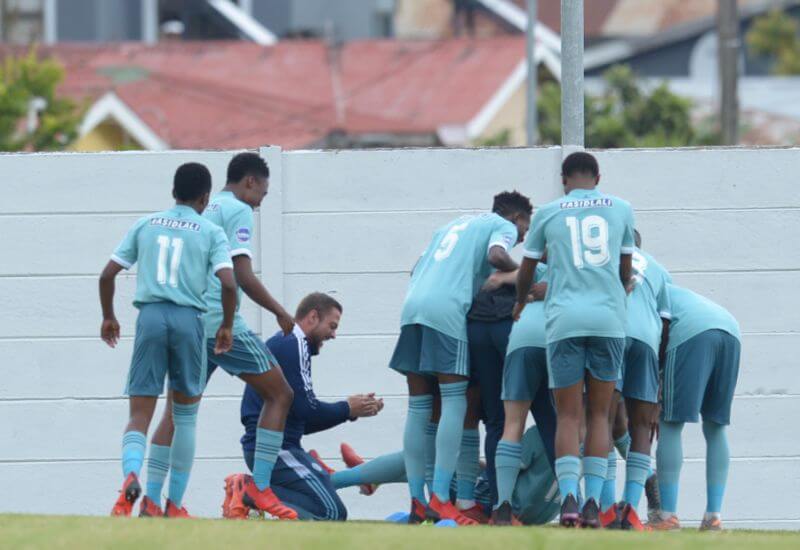 It was an identical score line to their previous two outings in the DSTV Diski Challenge, while the hosts were also looking to build on their victory from the last time they took to the field.

The young Buccaneers were quick off the blocks, with Mpumelelo Ndaba proving a menace to the defence early on.

The Bucs number 17 could have capitalised from a defensive error in the 13th minute, but couldn’t keep his shot down.

He was again in the thick of it moments later when he freed himself up for a shot, which went just wide.

Thabiso Monyane also got in on the act, but also missed the target with two attempts at goal that came in quick succession.

The were also chances for Boitumelo Radiopane and Cassius Spandeel later on in the half, but it remained scoreless as the two sides headed into the tunnel.

Early in the second half, the Buccaneers found reward for their dominance and the man who provided the breakthrough was Ndaba, who lobbed one over the keeper to make it 1-0 50 minutes in.

The goal ignited the hosts, who set about camping in the visitors half.

This meant that the Bucs defiant keeper, Kopano Thuntsane would be called upon, and he made a few good saves including a one-on-one effort to keep out what looked like a certain goal in the 78th minute.

A solid defensive effort ensured that the Buccaneers held on in the end to grab their third three point haul in as many matches.