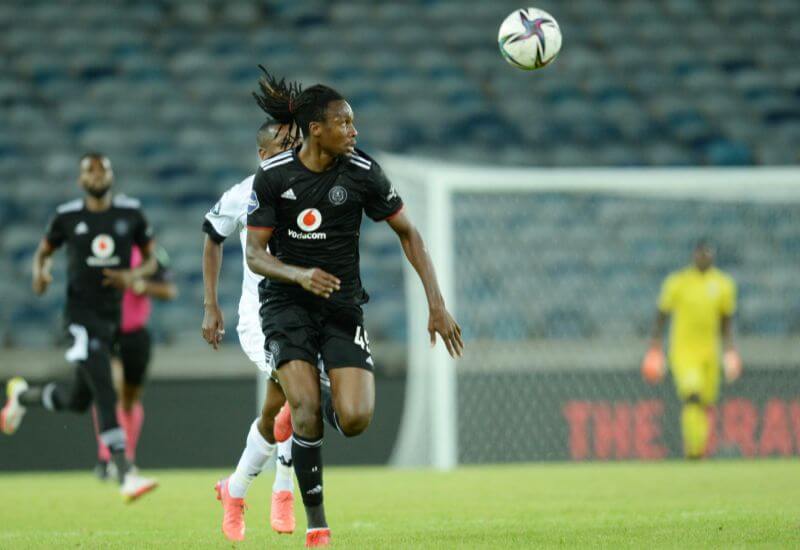 A sudden change of environment has often proven to be a challenge for many players around the world, but new Orlando Pirates recruit Olisa Ndah is among the few who have quickly adapted to new surroundings.

Brought to the Soweto Giants after helping  Akwa United to a maiden league title in his native Nigeria, the 23-year-old has not taken long to underline his pedigree in the DSTV Premiership.

After grabbing the first opportunity thrown his way, Ndah has impressed with his good shielding ability and situational awareness while also showcasing other attributes which made him a highly-regarded player in the Nigerian Premier League.

In an exclusive interview with Orlandopiratesfc.com, the player shared his early impression of the DSTV Premiership.

“The league has good players,” Ndah said “It’s pacey, and quite tactical. So yeah, I think the standard is good.”

“It hasn’t been that tough to adapt. From the way the coaches want us to play, to how the rest of the teams play. It hasn’t been really that difficult for me.”

As a player navigating his first season in a new league, every match day presents a new experience for Ndah.

His next assignment is a trip to KwaZulu-Natal as the Buccaneers travel to face Lamontville Golden Arrows, who sit in tenth place on the log.

“I don’t know much about them,” Ndah said. “From what I’ve seen I think they’ll try and counter-attack, as well as build from the back. On our side, we can use our high press, because it’s been working for us.”

The lanky defender is determined to do everything it takes to ensure that the Soweto Giants have more reason to celebrate.

“I’m always looking to improve for the benefit of the Club. We need silverware or something, because it’s been a while. We have to challenge for the league,  we need to start from this weekend and start stringing together some good results,” he concluded.

The game between Pirates and Arrows takes place this coming Saturday, with kick-off at 15:30.