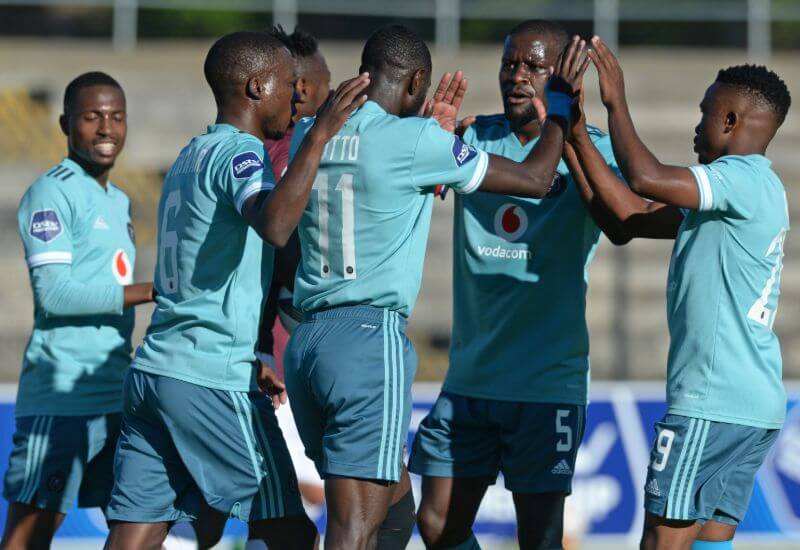 Orlando Pirates put on a commanding performance to walk away 3-0 winners in their DSTV Premiership encounter against Stellenbosch FC at Danie Craven Stadium on Wednesday.

In their second successive game on the road, the Buccaneers were looking to do better than the point earned over the weekend.

A more assured performance would be required in the backyard of one of the in-form sides in the league.

The visitors enjoyed more possession early on, but without troubling Stellies keeper Sage Stephens, while Siyabonga Mpontshane at the other end was called upon for more testing assignments.

The Bucs shot-stopper twice had to leave his line to cut off supply to the dangerous Ashley du Preez inside the opening 10 minutes, and came out on top on both occasions.

The deadlock was broken on the 20-minute mark when Deon Hotto laid the ball nicely for Collins Makgaka inside the box, and the Pirates No.12 did not err as he shot past Stephens to hand his side the lead.

There was not much of a wait for the second goal, which came just two minutes later, with Hotto getting his name on the scoresheet after forcing an error from defender Alan Robertson, which placed him in a one-on-one situation with the keeper, where he made no mistake from close range.

Soon after conceding the second, Stellies could have hit back from a free-kick but were denied by a flying Mpontshane, who pulled off a spectacular save.

With some daylight between themselves and the home side, the Soweto Giants maintained full control of proceedings for the rest of the first half, which went by without much incident.

Facing a strong wind in the second half, Pirates emerged from the tunnel just as fired up, and had a dream start to the second half when Kwame Peprah and Makgaka combined to release Hotto, who completed his brace just three minutes after the break.

Stellies tried to attack down the other end, but the visitors’ held its line, forcing them to resort to shooting from range.

Junior Mendieta had an opportunity in the 58th minute, unleashing a shot from outside the box, which went well wide of the target.

The Buccaneers thought they had made it 4-0 later on when Olisa Ndah poked one into the back of the net, but the goal was disallowed after the referee spotted a foul.

With the clock ticking, Mendieta came even closer to scoring, hitting the post on more than one occasion as Stellies desperately tried to claw their way into the game.

The Buccaneers hung on for a clean sheet as they clinched their biggest victory so far this season.