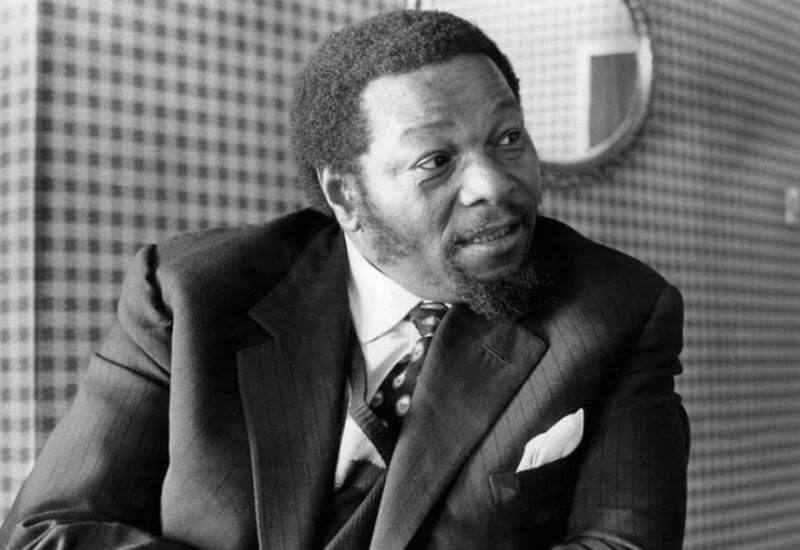 Ladies and Gentlemen the full extent of the reach and impact of the unique “Agents of Change” like Dr. Maponya are not visible for all to see. Their compositions are not recorded and performed on stages with admiring fans singing along having learnt the songs word for word. They do not don a soccer jersey or motivate players in training and on the bench for supporters of the team to cheer as they score goals. The visible part of Dr. Maponya’s activities – his businesses, have been a defining feature of Soweto for close to sixty years now. He could easily have stopped at making a success of himself and his family through his pioneering business acumen. He instead chose to use his stardom to fulfil an unpaid role to the nation. His contribution has been invaluable.

Dr. Maponya was an unpaid Ambassador for Black South Africans under Apartheid. Ambassadors from countries with missions in South Africa got first hand knowledge of the repression of Black people by the National party government and its surrogates from him. His global reach went beyond politicians, those that are old enough to remember Reverend Leon Sullivan would remember the Sullivan Principles, a code of conduct that Reverand Sullivan developed for companies operating in Apartheid South Africa, as an alternative to complete disinvestment. Dr. Maponya has had a hand in guiding Reverand Sullivan on how pressure could be applied to desegregate and ultimately free South Africa. This Ladies and Gentlemen was South Africa in 1977. The Sullivan Principles read:

1.    Non-segregation of the races in all eating, comfort, and work facilities.
2.    Equal and fair employment practices for all employees.
3.    Equal pay for all employees doing equal or comparable work for the same period of time.
4.    Initiation of and development of training programs that will prepare, in substantial numbers, blacks and other nonwhites for supervisory, administrative, clerical, and technical jobs.
5.    Increasing the number of blacks and other nonwhites in management and supervisory positions.
6.    Improving the quality of life for blacks and other nonwhites outside the work environment in such areas as housing, transportation, school, recreation, and health facilities.
7.    Working to eliminate laws and customs that impede social, economic, and political justice. (added in 1984)

The development of elite areas in Soweto, and later other townships, were as a result of opportunities that resulted from the Sullivan Principles to which we can thank Dr. Maponya amongst other pathfinders.

Dr. Maponya did not limit his pressure for change to the peripheral stakeholders. He went to the very heart of the National Party and Afrikanerdom. He did not miss the opportunity to enlighten the leaders of the day that the black South Africans have the same aspirations as they did. That their strategy of subjugating black people was not only unsustainable, but that it would bring about resentment that would take forever to heal. Coming from Richard Maponya, the successful businessman, the message landed better than it did from those that they have labelled as Communists whose only desire was to topple them.

Dr. Maponya did not miss out on what he meant for his people. He understood and respected his Role Model status. The Teacher in him and the Social Worker in his wife Marina were always in play. Their professions were a calling and the community was their vocation. Their brand of role modelling was not inspiration from a distance. It was a sought after vac and after school job to work at Maponya’s. To many the first opportunity at a job and interface with business at Maponya’s. Richard and Marina Maponya were inundated with applications for “non-refundable” study funding every year at this time. In the quiet they would identify deserving cases and help. They would also use their influence, sometimes pressure their friends to help.

I am privileged to have come up close and personal to a man I referred to as Oom Rich and his loving wife Marina, Auntie. We were in business together. We bottled and distributed Coca Cola under Kilimanjaro franchise. I was the youngest in a group of esteemed and accomplished men. Richard Maponya, Gibson Thula, Judge Skweyiya, Habakuk Shikoane, Jacob Leburu Mphafudi – father of Dr. Jackie Mphafudi, Billy Mthembu from KZN, Cyril Kobus, and Dr. Nthato Motlana.

If this were a soccer team it would be worthy of a golden star a team is awarded for winning a continental or world championship. When we bought the company, it was not doing well. We did not pay any dividends. The shoulder behind the wagon approach to business of these wise men taught a lesson of patience, commitment to the cause, and singular focus. From a business that we started by providing shareholder loans and not paying out dividends, we went on to list at the JSE which was at the time in Diagonal Street. There we were on the trading floor. Up to today, I remember it as one of the most exciting days in my life. I later went to Oom Rich to let him know I intended to cash my shares. I joked to him that I wish the money to be delivered to me in a truck. He said to me, “I hope you have a plan Irvin. I hope you do not see this money as your end game”. “I will be watching”, he said. We kept contact, he bullied me to help fund youth and causes he felt were deserving. He was full of praise when Orlando Pirates achieved. He reminded me to stay the course when things were not going well. He was the happiest when we won the bid and hosted the 2010 FIFA World Cup in South Africa.

To you Sisi, Roy, Chichi, Mabotse, Solly and Bonnie, thank you for sharing your father.

To the grandchildren, take solace in your knowledge that you are cut from a cloth of greatness and service. When things seem not to work, dig deep, you have it in you.

To you my Oom Rich, the neat gentle giant that inspired confidence. The pathfinder that together with Ntate Motswenyane and your namesake Professor Gugushe are living proof that blackness is not a handicap. You successfully defied laws that were designed to create and embed this falsehood. Thank you for the conversation we had about Funding Models. You were right, every child is born into an economy. Unless they find their role in it, they will not meaningfully participate. If we can’t find suitable funding models we will stay poor. You and Marina broke ceilings and created confidence. The Beauty Pageants she organise created confidence to the Black Girl Child at a time when they were the most marginalised. We need  the modern day Daphne Gxoyiya and Pat Mkhize - the owners of black beauty to continue the laudable work that was done at the time.

Farewell to you the Internationalist that knew during repression when days were dark that there was a free world out there. Your appreciation of quality and craftsmanship was evident in your collection of fine items from the House of Asprey. You did say your horse Another Colour will shut in and shut in it did. So did the liberation of our country in our lifetime.

May you soul repose peacefully Oom Rich, Papa as those close called you, Big Ngamula – to aboClever, Ntate Maponya to the nation.