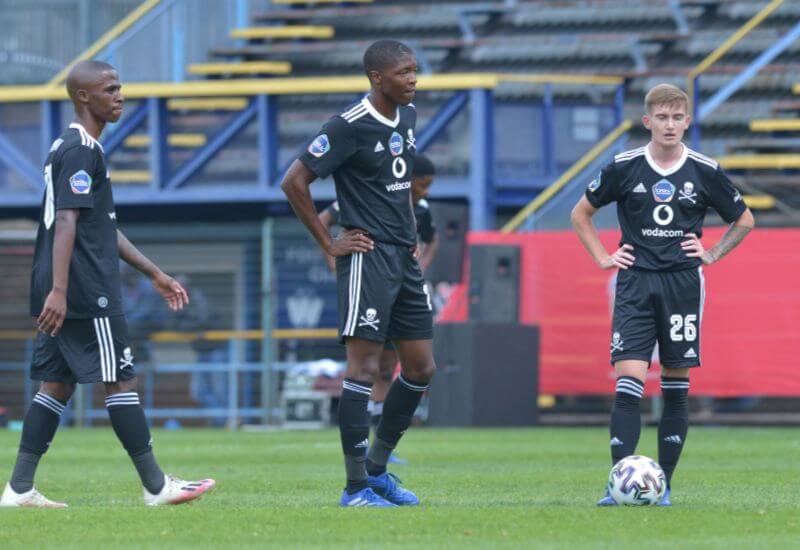 Orlando Pirates Reserves were left heartbroken at the end of their DStv Diski Challenge REwired clash against Mamelodi Sundowns, which ended 1-0 in favour of the Tshwane outfit, who scored a late winner at Lucas Moripe Stadium on Sunday.

The fixture was a straight shootout for a semifinal spot, with the two sides heading into the encounter separated by two points in Stream 2, with the Bucs Reserves slightly ahead in second place.

The permutations gave the promise of a thriller, and the early charge from the visitors seemed to honour exactly that in the opening exchanges.

This was through early chances from Sifiso Luthuli, who got on the end of a cross from Thabiso Monyane in the ninth minute, but could not direct his cross to the back of the net.

The lanky striker was again in the thick of things moments later, making a good run down the left, but his attempted cross was tipped over the bar.

The Buccaneers youngsters continued to dominate the first half, with Sundowns' best chance of the period thwarted by captain Thabiso Sesane, who put his body on the line in the 15th minute to keep out a threatening shot.

The men in black were again the quickest off the blocks in the second half, with Luthuli again a threatening presence, as he combined with Monyane once more, this time sending his shot wide, amid some attention from the defence.

Just 11 minutes later, the Bucs number 9 had another opportunity, cutting in only to have his shot sail across goal from a tight angle.

Monyane, who had been a lively presence down the right flank, had a chance to put the game to bed in the 70th minute, but misfired with his attempt at goal.

With the draw - which would have sent the Buccaneers through - looking a certainty, Sundowns counter-punched right at the stroke of full-time through Musa Mdluli, who pounced on a sleepy defence to make it 1-0.