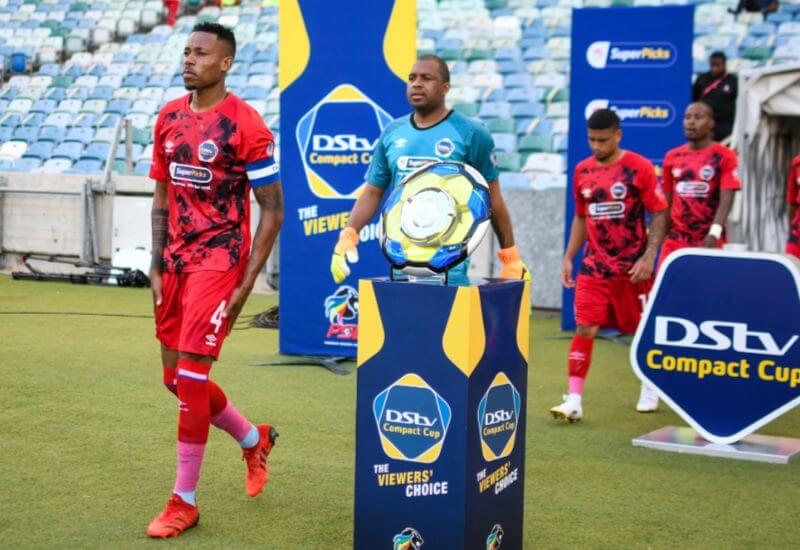 All roads lead to FNB Stadium, where several Orlando Pirates stars will be on show in the colours of Warriors FC, who take on Coastal United in the inaugural DStv Compact Cup final on Saturday.

The opening weekend of the competition proved to be a success on and off the field, with dazzling football on display, while great enthusiasm was shown by South Africa’s football-loving public.

Another fine weekend of football awaits lovers of the beautiful game, as the two teams who were triumphant last Saturday gear up for what promises to be a thrilling showstopper.

Coastal United made light work of their semifinal opponents Dinaledi FC on their way to the final.

Goals from Stellenbosch FC’s Ashley du Preez and the Cape Town City pair of Taariq Fielies and Luphumlo Sifumba handed them a comfortable win against their star-studded opponents.

They will not be short of confidence going into the final, as they seek to write their name in history by becoming the first winners of the DStv Compact Cup.

However, they will face stern competition in the form of Warriors, battle-hardened by a tensely-fought semifinal against AmaButho.

The Warriors overcame a shaky start to open the scoring by forcing an own goal early in the second half, before AmaButho hit back soon after to draw level.

A moment of magic from one of Pirates’ newest signings Monnapule Saleng, currently on loan at Swallows, swung things back in the Warriors' favour, and they hung on to secure a place in the final.

Warriors: The experience brought on by Captain Happy Jele and goalkeeper Itumeleng Khune proved vital at the back, with both players among the standout performers against AmaButho. The Warriors still boast some attacking firepower in the form of midfielder Fortune Makaringe, who re-energised his side when he was brought on in the second half along with Saleng, while the quality brought on by the likes of Thembinkosi Lorch and Keagan Dolly cannot be understated.

Coastal FC: Cape Town City midfielder Thabo Nodada will again be expected to pull the strings in the middle of the park, while supplying the likes of Du Preez and Baroka striker Evidence Makgopa, both constant threats in front of goal. Meanwhile, goalkeeper Oscarine Masuluke will look to produce another fine display, having kept a confidence-boosting clean sheet in Durban.

How to Watch the DStv Compact Cup Final

The fixture kicks off at 14:30, following soon after the 3rd/4th playoff between AmaButho and Dinaledi. SuperSport PSL (Channel 202) will be broadcasting both games live.