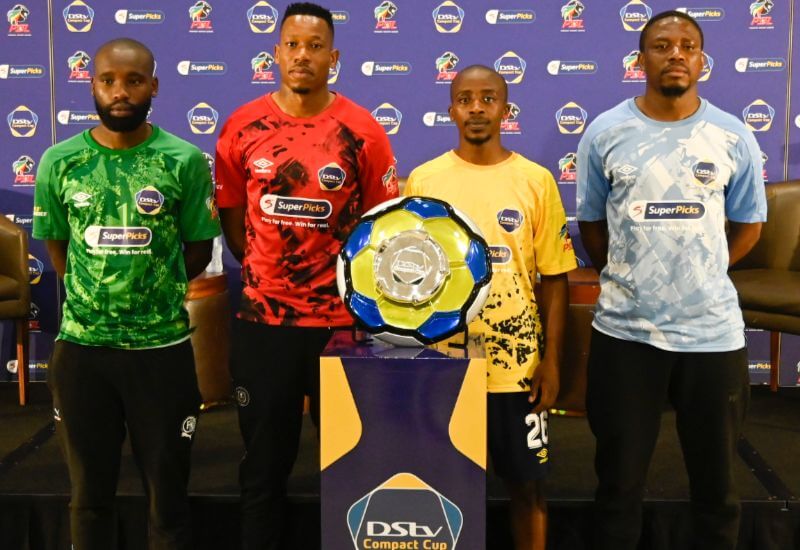 Several Orlando Pirates stars will be part of the main attractions on the opening weekend of the DSTV Compact Cup on Saturday, as the Warriors take on AmaButho in the second semifinal on Saturday evening.

The groundbreaking competition sees players who would otherwise be in rival camps team up as the action gets underway at Moses Mabhida Stadium.

All 16 DStv Premierships teams are represented across the four teams that will be contesting the semifinals in Durban, with the aim to make the final that will be played at FNB Stadium on Saturday, 29 January.

Fans have had the opportunity to vote for who they would like to see in action on the day, and among the Buccaneers faithful, keen interest will be on the Warriors outfit, which also comprises players from Kaizer Chiefs and Swallows.

Happy Jele skippers the side, which features teammates Paseka Mako, Thembinkosi Lorch, Deon Hotto and Kwame Peprah, who will all be waving the Bucs flag against AmaButho. They start alongside fellow household names such as Kaizer Chiefs’ Itumeleng Khune and ex-Buccaneer Thabo Matlaba, who now turns up in the colours of Swallows.

The Warriors lock horns with an AmaButho outfit, who themselves aren’t short of quality, boasting the likes of Royal AM striker Victor Letsoalo, who will be supplied by the AmaZulu duo of Thabo Qalinge and Luvuyo Memela among others.

The team, made up of the best players plying their trade in KwaZulu-Natal could draw on their familiarity with their surroundings to hand them the advantage on Saturday as the unofficial hosts on the day.

Warriors: There will be no shortage of quality on display come kick-off time, and the Warriors will look to the likes of Lorch and Keagan Dolly to stretch the defence, while the in-form Peprah should again be an ever-present threat in front of goal.

AmaButho: The coastal outfit have a potentially deadly combination of their own up front, where Letsoalo will be linking up with Augustine Mulenga. Between them, the pair have 12 league goals so far, and will be flanked by equally potent goal threats in Memela and Qalinge.

How to Watch the DStv Compact Cup

The fixture between the Warriors and AmaButho kicks off at 18:00 and will be televised live on SuperSport PSL (202).