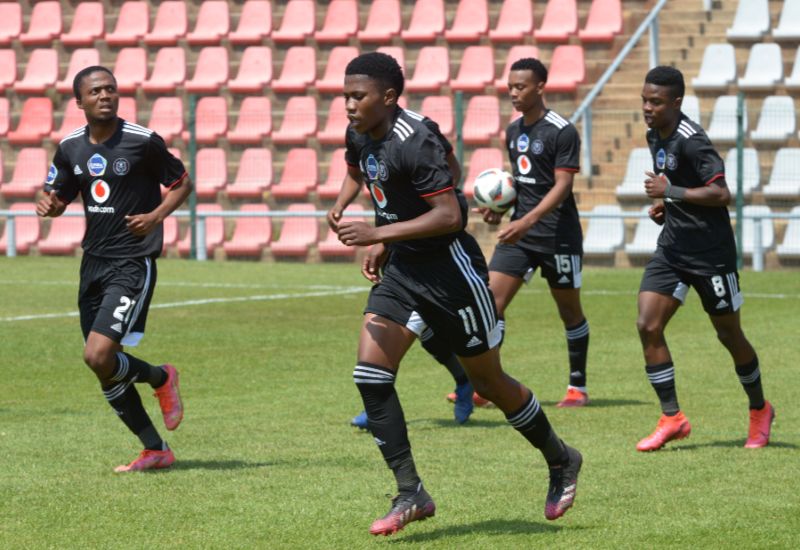 Orlando Pirates Reserves are at home at Rand Stadium for their next DStv Diski Challenge fixture, where they welcome reigning champs, AmaZulu on Saturday morning.

Things remain tight at the top of the standings with almost two thirds of the season completed, and Mandla Qhogi’s troops will be keen to strengthen their grip at the summit.

Victory in their last outing ensured that the Bucs Reserves maintained a slim one-point lead over second-place Stellenbosch FC, who continue to breathe on their necks.

They will be hoping that the result was an indication that they have overcome a tricky period in their campaign, where they stumbled to a single point in two games before claiming three at home to Cape Town City.

Despite indifferent form in recent weeks, Pirates Reserves have dropped just five points in their last five matches, winning three, losing once, and playing to a single draw.

They now host a side they managed to overcome on the road during the above mentioned period.

AmaZulu Reserves are currently enduring a three-match winless streak, where they have only managed a solitary point to drop down to 11th in the standings.

In their last five outings, the defending champions have picked up one victory and a total of four points.

Pirates will be in search of a third straight win over AmaZulu when the two sides lock horns on Saturday.

In their last five encounters, it is Saturday’s hosts who boast a heavy upper hand, winning four and losing just once.

The game kicks off at 10:00 and will not be televised. You can follow the action by keeping an eye on live updates across Orlando Pirates social media platforms.