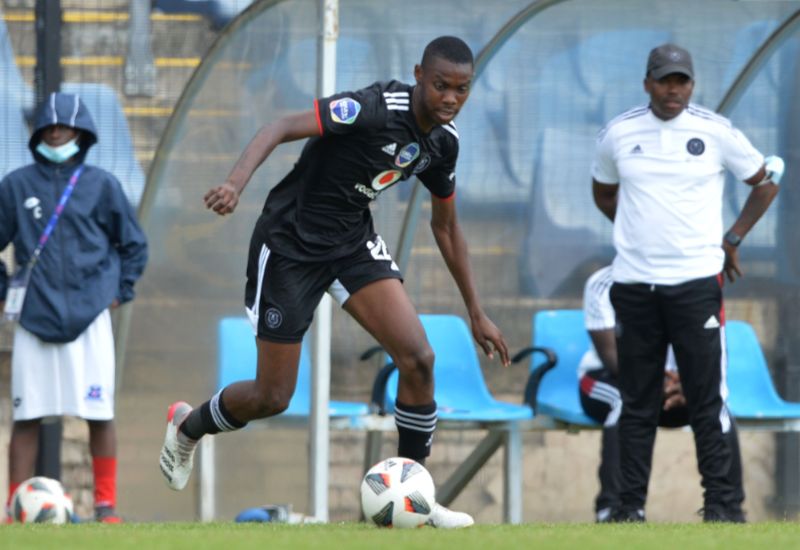 Orlando Pirates Reserves head down to Makhulong Stadium, where they will play host to Stellenbosch in a DStv Diski Challenge top-of-the-table clash on Saturday.

The game is the headlining fixture in the festival held in Thembisa, and a fitting show-stopper for the opening day of what is yet another crucial weekend as far as the title race is concerned.

Featuring two sides separated by a single point, this match-up could have a say on the trophy’s next destination with the winner guaranteed to finish the weekend perched at the top of the standings ahead of the penultimate round of fixtures.

It is the men from the Cape Winelands who currently enjoy the summit of the table, having ensured that they do not slip down the standings by completing a 4-1 victory over Swallows in their last outing.

The result brought to an end a three-match winless run for Stellenbosch, who had also failed to find the net as they clinched just two points in their last three games prior to the win.

In their last six games, Stellies Reserves have now picked up nine points, netting 13 goals, enough to keep their noses ahead of their nearest title rivals.

The Buccaneers are another side fresh off a convincing win away from home, and will be hoping that the result signalled a return to form after a period of slim pickings under the points column.

The 4-0 win over Marumo Gallants was Pirates’ first win since mid-March, and took their tally in the last six games to just six points, and they will look to ensure that they maintain winning form in their remaining three outings in order to secure the title.

Pirates and Stellenbosch will only be meeting for the fourth time at Reserve League level, with two of their three previous encounters taking place during the 2019/20 season.

It was the Bucs Reserves who drew first blood in this fixture, winning 2-0 in their first meeting, before their Stellies counterparts hit back with a 2-1 victory in the latter part of the campaign.

Saturday’s fixture presents the hosts with the opportunity to complete a double over the team from the Winelands, having emerged victorious in the previous encounter, with Mpumelelo Ndaba’s goal separating the two sides.

How to Watch Orlando Pirates Reserves vs Stellenbosch FC Reserves

Kick-off is at 12:00, and the game will be televised live on SuperSport PSL and SuperSport Football. You can also follow the action by keeping an eye on live updates provided across Orlando Pirates social media platforms.